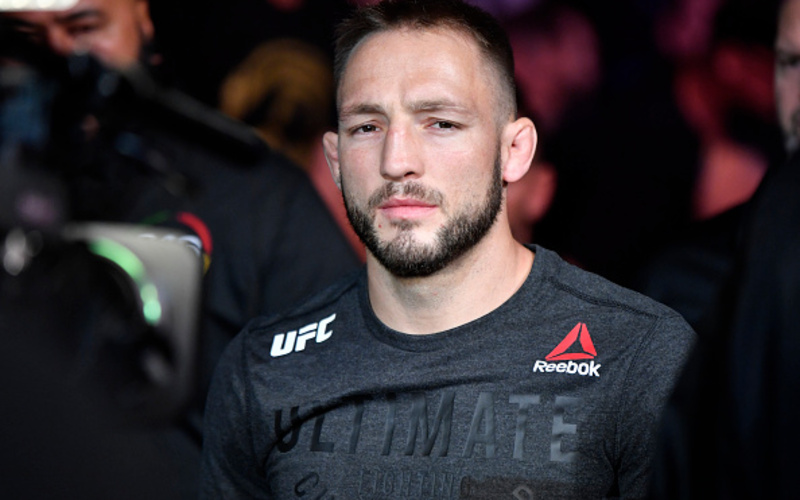 UFC 263 is headlined by a middleweight rematch between Israel Adesanya and Marvin Vettori. The main card is full of fireworks, however, deep in the prelims lie some great opportunities to make some money this weekend. That being said, here are some UFC 263 betting tips to help you do just that.

Brad Riddell (9-1) takes on Drew Dober (23-10) in a strikers delight. Riddell is a phenomenal kickboxer who is currently riding a six-fight win streak, including a fight of the night UFC debut against Jamie Mullarkey. Riddell will likely carry a speed advantage over Dober and should look to utilise his open stance against the southpaw by unleashing body kicks to the liver of his opponent. Both men are great on their feet and every exchange should have fans holding their breath.

Dober comes into this fight following a crushing defeat to Islam Makhachev at UFC 259. Thankfully for him, Riddell will pose very little grappling threat, and therefore Dober will be able to keep the fight in his comfort zone. Dober will be confident that he carries more power than “Quake”, particularly considering the fact that he has ten wins via knockout, more than Riddell’s total MMA wins. Dober should look to utilise leg kicks to reduce his opponent’s movement and capitalise on such openings to land his heavy hands.

One thing that this bout does guarantee is entertainment. Two similar strikers, slugging it out for our entertainment. Riddell carries excellent value as the underdog in this contest, and I believe that his kickboxing pedigree will give him the edge on the feet and earn him the win. Therefore, Riddell is the first choice of these UFC 263 betting tips.

Darren Stewart (12-6) will make his light-heavyweight debut in a rematch against Eryk Anders (13-5). In their first contest, Anders rocked Stewart early in the bout before becoming over-eager and landing an illegal knee. Stewart will be looking to take revenge whilst Anders will be looking to build upon the disappointing no-contest result. Anders is the naturally bigger man, suggesting that he will benefit by the bout taking place at a higher weight division. However, Stewart has been incredibly vocal on social media about how much better he feels without a weight cut and looks to be in incredible shape.

Eryk Anders is a former American Football linebacker and showed himself to be dominant in the clinch in the first bout against Stewart. Combined with his ferocious knockout power, which has earned him eight career knockout victories, Stewart will have to give the American far more respect than he did the first time. Anders now has only two victories in his last seven octagon appearances and will be itching to set the record straight in this rematch.

However, Darren Stewart still has the tools to flip the switch this weekend. Stewart has shown strong wrestling against high-level opposition like Kevin Holland and Edmen Shahbazyan. However, his best chance of winning lies on his feet. Khalil Rountree made it clear that Anders is incredibly vulnerable to leg kicks, and Stewart would do well to vary his output by mixing leg strikes into his game. Furthermore, Anders hit Stewart with the kitchen sink and then some in the first bout, but still could not put the plucky Brit out of there. Stewart will feel confident that Anders does not have the power to spark him out, so patient and consistent striking will be his path to victory.

Despite nearly being flatlined the first time round, Stewart is a very solid fighter who has a lot of heart and technique. Therefore, Darren Stewart is the second pick of these UFC 263 betting tips.

Thanks for reading these UFC 263 betting tips! Stay tuned right here at MMA Sucka for more live streams as well as videos highlighting the top fighters, commentators, coaches, promoters, and other names in MMA and combat sports. We also bring you great offers on the latest MMA products and merchandise. You can also subscribe to our YouTube channel for regular updates and all the latest fight news. You can also check out our sister site, at TheFightBuzz.com for the latest from the world of MMA and other combat sports.