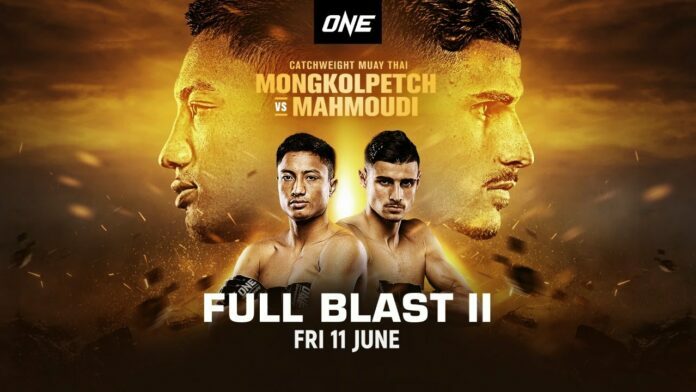 ONE: Full Blast, a previously recorded event, aired on Friday, June 11, with a four-bout slate exciting fans around the world.

3 Things We Learned From ONE: Full Blast II

The action showcased two new contenders in ONE Super Series action, and two mixed martial arts contests showed that fresh faces are making their way up the ladder as they eye contention as well.

Following the action from another exciting edition of ONE Championship, here are three things we learned from ONE: Full Blast II.

Yoon “The Big Heart” Chang Min came away with a quick first-round submission to put himself back in position for a significant matchup in 2021.

Against a Chinese National Freestyle Wrestling Silver Medalist, Ma Jia Wen, Yoon is the one who won the grappling and ended the match with a rear-naked choke during a scramble. The swift victory showed off one of the growing points in his game and why he is staring at possible contention.

The featherweight division is jam-packed with talent inside the rankings, but Yoon is not far off, and his performance shows that fact. Additionally, it moves him closer to getting a ranked opponent so that he can attempt to usurp their position.

“The Big Heart’s” big win is a shot across the bow to those at the very top that another surging South Korean is looking to make waves in ONE.

A Mongolian Threat At Lightweight

Amarsanaa “Spear” Tsogookhuu welcomed undefeated American Ben Wilhelm into ONE in the co-main event, and the Mongolian served him his first professional loss.

It was an excellent win for “Spear,” who was able to show off a full arsenal and shut down the offense of the American. The complete performance showed the improvements he has made to his game and why he can be a major player in the lightweight division.

The Mongolian athlete has a notable striking background that has been on display, but now his grappling is beginning to catch up to his primary weapon. It is a scary proposition to deal with for future opponents.

Tsogookhuu’s unanimous decision win was an announcement that he ready for bigger things in one of the most talent-rich divisions in the sport.

In the opening bout of the evening, Taiki Naito grabbed a three-round decision over #4-ranked flyweight kickboxing contender Wang Wenfeng. After flirting around the official ONE athlete rankings for some time, Naito’s victory will undoubtedly lift him into contention.

The Japanese striker has all of the tools to threaten the reigning king, Ilias Ennahachi, and now over the hump, his confidence will surely soar.

Although he was not ranked going into the bout, Mongkolpetch is undefeated in ONE Super Series competition. The victory will move him into the rankings where Rodtang currently reigns atop the flyweight mountain.