Will Victoria Lee Be the Best Lee Yet? 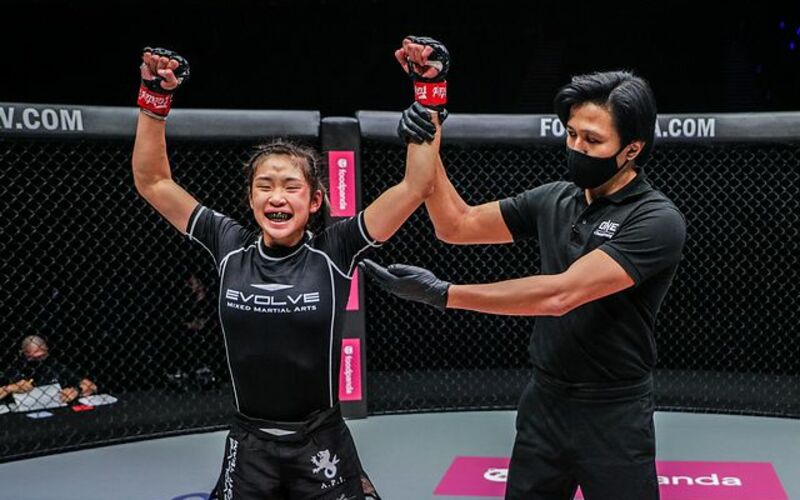 Victoria Lee made a successful pro debut in ONE Championship, and now the Hawaiian is back in action when ONE returns with ONE: Battleground on Friday, July 30.

Can Victoria Lee Become the Best Lee Yet?

The 17-year-old may be entering her senior year of high school next month, but in the midst of her summer plans, she will meet with Wang Luping of China.

United MMA’s structure has provided Victoria with everything she needs to succeed, and thus far, it has paid off. She dominated her division en route to a Hawaii State Wrestling Championship in 2019 before eyeing the professional ranks.

In her debut, Lee earned a second-round submission over Sunisa Srisen. After finding her footing in the first round, she dominated the second frame and quickly finished with a rear-naked choke. With some time in ONE’s Circle under her belt, Lee should expect an even better performance in this outing.

However, she still bears the weight of her family name.

With siblings who have seen their own quick rise in ONE, Lee can both see the pathway to greatness and the pressures it brings.

Angela Lee rose quickly to fame by becoming the youngest mixed martial arts World Champion and still reigns over the atomweight division as the ONE Atomweight World Champion. And she is still not yet in her athletic prime.

Likewise, brother Christian got started as a teenager in the ONE ranks. After getting his feet wet, he found a home in the lightweight division and knocked off Japanese legend Shinya Aoki for the ONE Lightweight World Championship. Most recently, Lee defended his title in jaw-dropping fashion with a first-round knockout of Timofey Nastyukhin to prove he is one of the world’s elite.

And it is Victoria who steps onto the global stage to write the next chapter in her story.

For some, having two World Champion siblings would be seen as having a shadow cast over them, but that’s not the case for “The Prodigy.”

The Lee family is extremely tight-knit. They watch over one another, and there is no shadow to be seen. Angela and Christian elevate her into the light, and Victoria embraces learning from the lessons they have each already learned inside the Circle.

That is an invaluable piece of her martial arts journey that her contemporaries will not have. The dynamic teenager received advice from two of the world’s top athletes and gains championship-level knowledge to take into her bouts. She has felt their pressures performing in main events. She understands the dedication it takes to succeed.

The 17-year-old may end up as the most decorated of the family. The second chapter of her book, at ONE: Battleground, will test her development against a hard-hitting Chinese warrior.

As one of the most fascinating prospects to watch, her opening bout in Singapore will draw the attention of the mixed martial arts world. For many, that pressure would crumble them before they can begin. However, as seen from her older siblings, Lee’s welcome that pressure.

It has already crafted two diamonds, and Victoria Lee could possibly be the crown jewel when the book is closed.