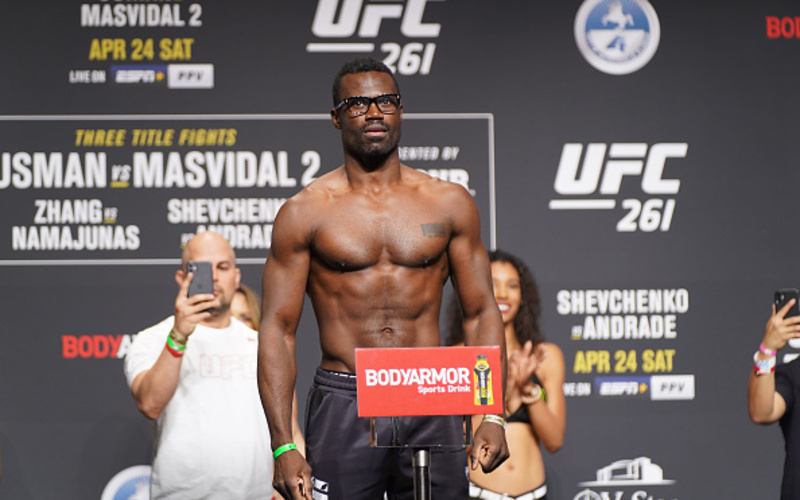 UFC Vegas 33 is headlined by Uriah Hall vs. Sean Strickland in what promises to be a middleweight barnburner. The card has been decimated by fight cancellations, however, there are still some opportunities to make some money on the event. That being said, here are some UFC Vegas 33 betting tips to help you win big this weekend.

Uriah Hall (18-9) meets Sean Strickland (23-3) in the main event of the evening. Hall is the number eight ranked middleweight in the UFC whilst Strickland is number 11, ensuring that this contest has title repercussions.

Strickland is a powerful striker with a very well rounded game and would be best served to establish his jab early and attempt to mix in takedowns later in the bout. “Tarzan” should attempt to disturb Hall’s rhythm as early as possible as it is never advisable to let the Jamaican find his flow in the cage.

It’s interesting to see Hall come into this one as the underdog considering the run he has been on as of late. Wins over two former champions are overshadowed by some underrated wins that demonstrate Hall’s development at Fortis MMA. A gritty comeback win over Bevon Lewis demonstrated that Hall’s typical weakness of being mentally dominated inside of the octagon had started to be addressed, whilst a split decision win over Antonio Carlos Jr. showed Hall’s improvements in his grappling.

Hall has a highlight reel that most fighters could only dream of. The striking battle should be relatively even and incredibly entertaining for as long as it lasts, but Hall carries tremendous value as a relatively sizeable underdog. Hall has more momentum and has shown notable improvements in all of his latest bouts, whilst Strickland has looked relatively underwhelming against weaker competition than Hall. Therefore, Hall is the first selection of these UFC Vegas 33 betting tips.

Melsik Baghdasaryan (5-1) takes on Collin Anglin (8-1) on the preliminary card this Saturday night. Both men are knockout specialists and the stylistic matchup makes for a very entertaining bout.

Collin Anglin earned his place in the UFC with a win as a huge underdog in the “Contender Series”. Four of his eight wins have come by way of knockout but the American has shown a significant tendency to be tagged against skilled boxers and kickboxers. His decision victory over Muhammadjon Naimov was entertaining but showed some significant gaps in his striking defence.

Unfortunately for Anglin, Baghdasaryan has the ability to expose such weaknesses. “The Gun” gave K-1 champion Yata Kubo some serious problems in their fight which makes it clear that Anglin will certainly be tagged by the talented prospect. Anglin’s best hopes lies in outlasting Baghdasaryan who has some weaknesses in his cardio, however, if Baghdasaryan has learnt from his previous mistakes this could be a long night for Anglin. Therefore, Baghdasaryan is the second pick of these UFC Vegas 33 betting tips.

Thanks for reading these UFC Vegas 33 betting tips! Stay tuned right here at MMA Sucka for more live streams as well as videos highlighting the top fighters, commentators, coaches, promoters, and other names in MMA and combat sports. We also bring you great offers on the latest MMA products and merchandise. You can also subscribe to our YouTube channel for regular updates and all the latest fight news. You can also check out our sister site, at TheFightBuzz.com for the latest from the world of MMA and other combat sports.