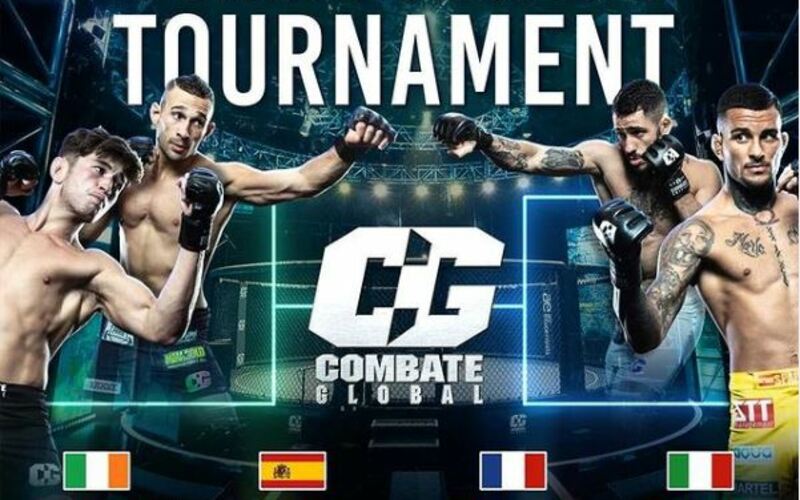 Combate Global returns tonight with Combate Global 15, featuring a different setup on a different night than normal. The card will feature a four-man one-night lightweight tournament between fighters from four different European countries, all of whom are vying to represent Europe in Combate Global’s Copa Combate later this year. Both semifinal fights will be a one-round fight, with the winners moving on to fight in a full three-round fight in the finals.

The first semifinal will be between Italy’s Gianluca Rocca and France’s Maxime Giacalone. “Django” Rocca is 27 years old and riding a five-fight win streak to start his professional career, while “L’animaux” Giacalone lost his first four professional bouts, but then picked up five wins in a row. His current record stands at 5-5 (1 NC) as he looks to earn a winning record once again in what will be each fighter’s first fight since 2019.

The other semifinal features Spain’s Sebastian Santana Guedes and Ireland’s Patrick Lehane. Lehane, training out of SBG Cork City, will be making his professional debut tonight after sporting a 6-8 amateur record. Santana Guedes, meanwhile, has lost two of his last three, including in his most recent outing just over a month ago. However, he still sports an impressive 8-3-1 record.

The tournament’s alternate bout features Bellator and LFA veteran Tommy Aaron of the USA battling Aruba’s Jean Marc Howell. This will be Aaron’s third straight fight with Combate Global, splitting wins and losses in those fights. Howell most recently lost to current Bellator fighter Yves Landu back in 2019.

Patrick Lehane def. Maxime Giacalone via TKO (ground and pound), 4:34 of Round 1