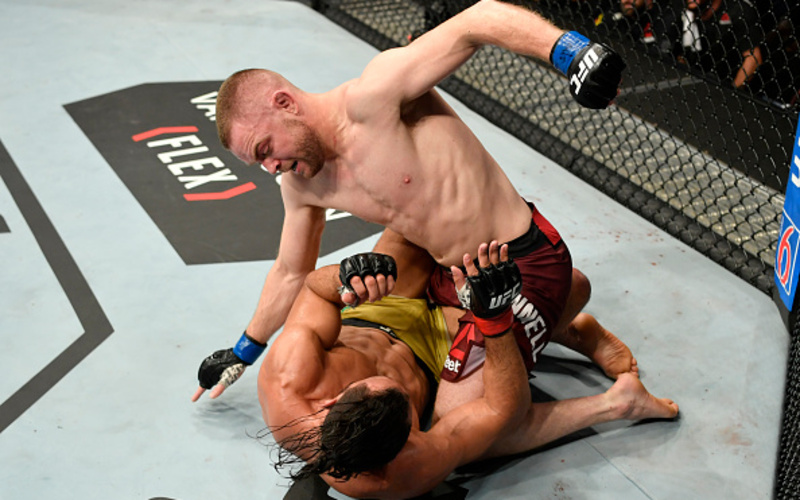 A featherweight match-up is set for UFC 267, as Tristan Connelly faces off against Makwan Amirkhani.

TSN’s Aaron Bronsteter made the announcement on Friday evening.

Per sources, 🇨🇦 Tristan Connelly will be facing Makwan Amirkhani in a featherweight bout at UFC 267 on October 30 in Abu Dhabi.

After his giant upset victory in his Octagon debut against Michel Pereira, Connelly (14-7) lost a decision to Pat Sabatini in his sophomore outing. The 35-year-old will look to get back in the win column at UFC 267.

Amirkhani (16-6) is riding a two-fight losing skid, with back-to-back decision losses to Edson Barboza and Kamuela Kirk. “Mr. Finland” was highly touted coming into his Octagon debut in 2015, and is now 6-3 under the UFC banner.

UFC 267 goes down on October 30 from Abu Dhabi. The main event features Jan Blachowicz vs. Glover Teixeira for the light heavyweight championship and Aljamain Sterling vs. Petr Yan for the bantamweight championship.

This will be the first numbered non-PPV card since 138 aired on Spike via tape delay from Birmingham, England. The news of the ESPN+ card was announced by Ariel Helwani.

This would mark the first numbered non-PPV since UFC 138 aired on Spike via tape delay from Birmingham, England. 267 won’t be tape delayed, of course. 268 would be a week or two later, hopefully from Madison Square Garden. That would be a PPV.