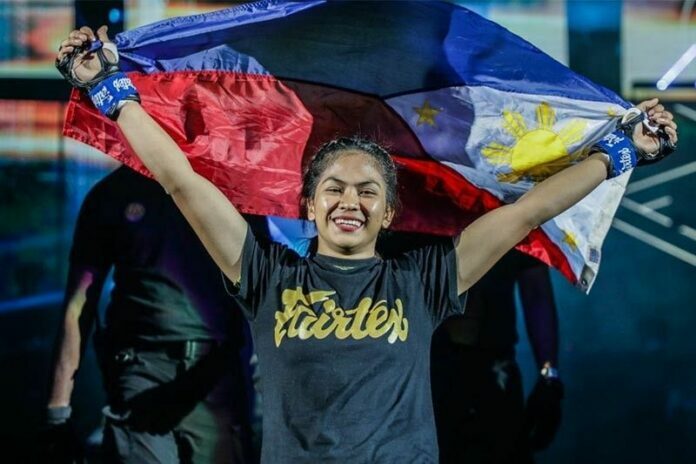 The ONE Atomweight World Grand Prix will get underway on Friday, September 3, at ONE: Empower with a stacked line-up. In the co-main event, two of the tournament’s favorites will square off.

Denice Zamboanga is the top-ranked contender in the division and has run her record to an impressive 8-0. She has already been eyeing “Unstoppable” Angela Lee and the ONE Atomweight World Championship, and taking the Grand Prix crown will silence any naysayers she may have.

The opening round contest is a chance for her to reaffirm her standing in the division and make a huge statement as ONE Championship returns to its all-live event schedule.

However, South Korea’s Seo Hee Ham will step onto ONE’s global stage to push the Filipina off her pedestal.

The 34-year-old has been a mainstay in the sport since 2007 and has wowed fans throughout the world. In recent years she has hit her stride, combining her technical prowess with veteran savvy to stay unbeaten since 2017, when she returned to the atomweight division.

Perhaps most impressively, Ham has finished four of her opponents by TKO during that run.

A world title is all that eludes her impressive resume, and kickstarting her ONE tenure by toppling the division’s top contender will be a massive statement.

But nobody should expect her to roll through the “Lycan Queen.”

Denice Zamboanga is rapidly improving as she continues to mature. The 24-year-old has well-rounded skills with a developing Brazilian Jiu-Jitsu arsenal and a background in taekwondo. Of her five career finishes, three have come by way of submission and two by KO/TKO. She takes the action wherever it needs to go in order to finish.

The young rising star out of The Philippines will push Ham and force her to be on the top of her game.

Beginning the tournament with such a fantastic matchup will help shine a light on the spectacular all-women’s event. The stacked field has compelling stories throughout, but the meeting between Ham and Zamboanga is a generational matchup.

Beyond the tournament itself, this match is about each woman having something to prove between two generations of elite women mixed martial artists crossing paths at just the right time. ONE: Empower has been made possible by the growth of the talented women competing in this event, and Zamboanga and Ham represent the past, present, and future of what it can offer.

Both women have to be at their peak to get a win. It is two of the best atomweights in the world, vying for a spot in the semifinals of the ONE Atomweight Grand Prix. It all goes down on Friday at ONE: Empower.