3 to Watch at ONE: Empower 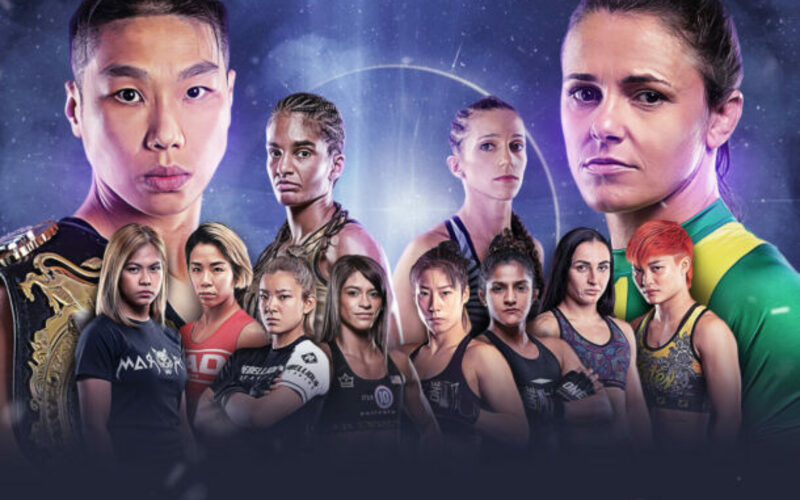 ONE Championship returns to all-live events with ONE: Empower on Friday, September 3.

The all-women’s event features eight incredible matchups, including the first round of the ONE Atomweight World Grand Prix. The first Grand Prix for women on a global stage marks a historic moment in the sport’s development and features four amazing matchups with intriguing stories.

3 Can’t-Miss Fights at ONE: Empower

And the fun is capped off with a ONE Women’s Strawweight World Championship matchup as well.

What bouts do you need to circle on the bill? Let’s take a peek at the three matches you can’t miss at ONE: Empower.

While the ONE Atomweight World Grand Prix will grab a lot of the headlines, the main event of the historic card features “The Panda” Xiong Jing Nan defending the ONE Women’s Strawweight World Championship against Michelle Nicolini.

“The Panda” is the only strawweight queen ONE has known, but Nicolini is ready to impose her peerless ground game on the Chinese titleholder and usher in a new era.

Nicolini is a multiple-time Brazilian Jiu-Jitsu World Champion and has finished every one of her victims by submission except for “Unstoppable” Angela Lee. If she can take Xiong down, the matchup will take on a new tone.

This matchup may come down to Xiong’s strength and ability to keep the action on the feet. But she’s the champ, and it’s Nicolini who is tasked with trying to take the gold. The inter-match gameplanning will be crucial to who comes out on top. The intricacies and adjustments in championship matches make all the difference, and this is one where it will likely ultimately determine the winner.

Ritu “The Indian Tigress” Phogat looked to be ousted from the Grand Prix when she lost a narrow split decision to Bi Nguyen at ONE: Dangal in May, but after a return performance against Lin Heqin, Phogat was put back into her original matchup against Meng Bo.

And it is not an easy bout for India’s star atomweight.

Meng Bo is a ferocious striker with huge power for the division. She enjoyed back-to-back knockouts to start her ONE career and has five career KO/TKO victories under her belt. While she must be mindful of the Commonwealth Games gold medalist’s wrestling, Meng Bo is the more senior of the two inside the Circle.

Veteran vs. Rising Star. Striker vs. Grappler. No matter which way you want to look at it, this is perhaps the most intriguing matchup of the quarterfinals.

The opening bout of the ONE Atomweight World Grand Prix will feature two of the division’s brightest young stars. Itsuki “Strong Heart Fighter” Hirata and Alyse “Lil’ Savage” Anderson clash in the quarterfinals.

Hirata has shined with a perfect 100% finishing rate during her professional career, but Anderson will undoubtedly be her toughest test to date. The American is an all-around athlete and has a strong wrestling base that could allow her to dictate the action.

“Lil’ Savage” is prepared for whatever Hirata will throw at her and will enjoy a height and reach advantage in the matchup. The physical advantage will force Hirata to be cerebral in her approach.

Win or lose, both women will learn from this matchup and likely meet again in the future. They are the next wave of extraordinary atomweight talent, and their meeting at ONE: Empower is guaranteed to deliver.