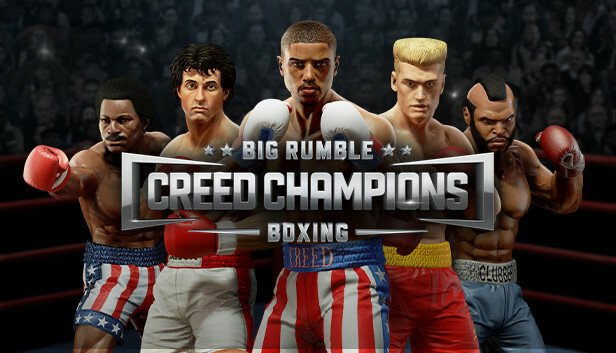 As the title screen appears on the Xbox One edition of the game, some of your favorite boxing legends from the Rocky movies appear. Rocky Balboa fighting Apollo Creed and Adonis Creed (Apollo’s son) taking on Viktor Drago, the son of the man who killed his father, Ivan. You then will be asked to press any button and get taken to the title screen where you get brought right back into nostalgia land, with Survivor’s seminal “Eye of the Tiger” playing.

The soundtrack will immerse you right back to watching each part of the Rocky films, as you play through the arcade story mode.

Big Rumble Boxing: Creed Champions features three game modes, which include, Arcade, Versus and Training. As I’m writing this, I’ve only played through the Arcade mode.

We are in the summer of 2021 and we have systems that can play the best of the best graphics on them. So when the story mode began, you would think you’d see the character you chose walking around and interacting with different people. Well, this was the first sort of step back of mine, not a gripe, but sort of an ‘oh’. When two characters are interacting on the screen, you will see a comic-like conversation between the two parties. There is no voice-over with the talking, however, there is the odd grunt and sound byte from Sylvester Stallone‘s Rocky character.

You will have 10 characters to choose from at the start of Big Rumble Boxing, with many others locked. The two most notable that you can choose from are Rocky Balboa and Adonis Creed. As a giant fan of the movie saga, there was no other choice for me other than Rocky.

The first thing you do is some training. You will go through a very Rocky-esque training scheme, hitting a carcass of meat with button combinations, hitting a beat-up heavy bag again with X, Y, A, B mashing and then running on a treadmill by alternating the trigger buttons.

Following the training, as mentioned, Rocky’s face will appear on the screen with Adonis’ face as well and they are interacting with each other about Rocky’s boxing life.

As you progress through the story, your boxer will fight against tougher and tougher opponents. Some notable ones and others that will bring a whole new light to the Rocky storyline. Once you beat a so-called boss, you then unlock that character. So Rocky unlocks Apollo Creed and so on and so forth. 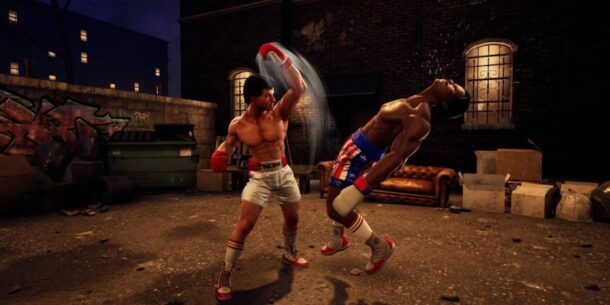 The graphics are what you would expect from an arcade boxing game. The various boxers are jacked up with abs on top of abs. You will see the fighters in the prime of their careers. So you could have Rocky at the pinnacle of his career take on Adonis Creed, who is 30 years younger, but look virtually the same age. Video games I tell ya, video games.

Other than the cartoony characters, the various locations you can fight are well-thought-out and detail-oriented. Whether it’s the boxing ring of a giant stadium or the back alley in downtown Philadelphia, you will feel the vibes.

As with most arcade fighting games, there are finishing moves. Well, in this, your character has a super move. So when the super bar fills up, you click a button and it pans to a cut-scene of your boxer doing some funky thing with their gloves and then lands either one devastating punch or a combination. There is some flashiness to this cool feature.

The gameplay of Big Rumble Boxing is like any other arcade fighting game. You can button mash and win the game, however, some strategies can come into play as well. If you slip and dodge a punch at the right time, then your character will counter punch.

Each character as mentioned in the graphics section has its own super attacks, but they also have different abilities. For example, Rocky has strong power attacks, while Apollo has more speed so he is able to attack faster.

Big Rumble Boxing: Creed Champions is a fun depiction of the Rocky story through the years, with lots of unknown twists and turns. For fans of combat sports and the Rocky movies then this is a fun game for you to pick up and play. Don’t set your expectations at a Street Fighter or Mortal Kombat style game when you sit down in front of your TV. Heck, definitely don’t expect your favorite UFC game either. But if you want a game that you can pick up and play with your friends when they come over and relive your favorite Rocky moments, then definitely check out Big Rumble Boxing. 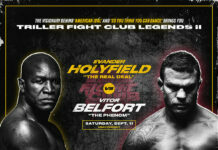 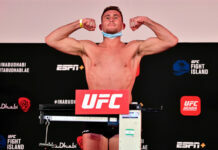