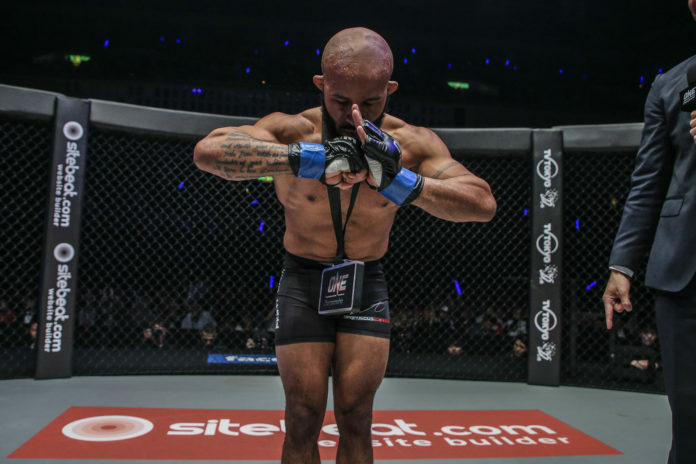 The greatest of all time. The GOAT. A debate that wages on throughout every sport. Michael Jordan or LeBron James? Joe Montana or Tom Brady? In mixed martial arts, it is the same, and the ever-popular Joe Rogan has lent his voice to the discussion with his pick for the title.

Demetrious Johnson is MMA GOAT according to Joe Rogan

On episode #1696 of The Joe Rogan Experience, with guest Lex Fridman, the endless debate came up as a topic. Rogan said that ONE Championship flyweight Demetrious Johnson is the man who carries the GOAT title right now.

“Mighty Mouse in his prime is the greatest I’ve ever seen,” said the longtime commentator.

Rogan’s claim carries a lot of weight due to his time within the sport and his expertise. His vote holds merit with a point of view that looks at the totality of a martial artist.

“Like they couldn’t touch him. His movement and his ability to mix the wrestling and the striking and the submissions together – flawlessly and seamlessly – was incredible.”

Rogan offered up another name that warranted consideration as a candidate, Khabib Nurmagomedov.

The podcast king mentioned Nurmagomedov’s dominance as a reason for him to be a candidate. He was only ever really in danger after a blistering left hand from Michael Johnson and only lost one round of action throughout an undefeated career.

The impressive record of “The Eagle” certainly draws a lot of attention. However, Rogan’s point of Johnson’s flawless technique is difficult to argue against.

Demetrious Johnson dominated during his reign as World Champion too, but he did so with impeccable striking, wrestling, and Brazilian Jiu-Jitsu. He did not rely on one amazing skill. He was amazing across the board and kept his opponents off-balance.

Demetrious Johnson stunned the world with a jaw-dropping knockout of Joseph Benavidez and followed it up with inspiring finishes of Kyoji Horiguchi and Henry Cejudo. And who could forget his innovative armbar of Ray Borg?

And those are just a few of his memorable performances in North America. Demetrious Johnson would then take on a new challenge by going to Asia and claiming the ONE Atomweight World Grand Prix.

Fans and pundits will continue to argue for whomever they believe in the GOAT until the end of time. The GOAT debate can be framed any number of ways but from Rogan’s perspective of looking at the technique and ability to flawlessly execute them in competition tips the scales in favor of “Mighty Mouse.”

Who else was able to perform at that level across all the aspects of the sport? Or, at least, who could do it to the level of Demetrious Johnson? Nobody. To that point, Rogan is right.