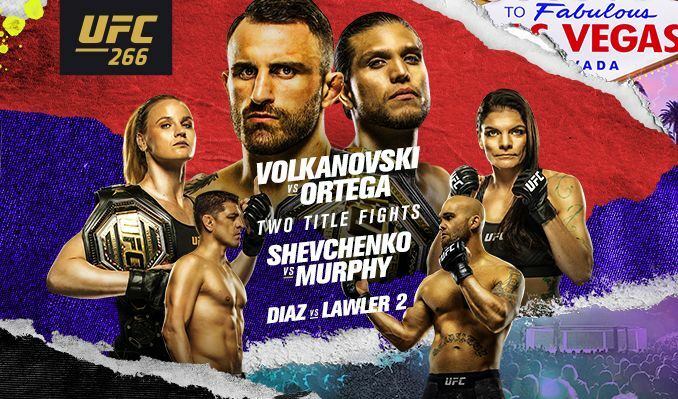 The UFC world is clearly heating up at the moment, and there’s a lot for both fans and fighters to be thinking about and keeping an eye on. There are plenty of big fights on the horizon, but one of the most gripping looks set to be UFC 266 between Alexander Volkanovski and Brian Ortega. But who’s likely to win? What do the odds say — and, perhaps even more importantly, what do the pundits and analysts think? This blog post will delve into these questions and more.

Before starting to look at the odds between these two players, it’s important to get the basic details of the big fight sorted and ready in your mind. The fight will take place on Saturday, September 25th, so there’s still a month for you to get ready and decide who you’re going to back. It will take place at 10 pm EDT, which will be 7 pm PDT. The venue is the T-Mobile Arena in Las Vegas.

What do the odds say?

The odds as they stand at the end of August vary from provider to provider but reveal an underlying trend. That’s a fairly normal phenomenon. Most of the time, bookmakers like to undercut each other where possible in order to attract business — but without compromising on the mathematical likelihood of a certain outcome, something on which they all tend to agree.

Currently, Alexander Volkanovski is the outright favorite. Under the moneyline system of odds, which uses a minus sign to indicate favorites, Volkanovski is far and away ahead. FanDuel has his odds at -184, while BetMGM has him close by at -190. DraftKings, meanwhile, has placed him at -170 — while William Hill has him at -180. Brian Ortega is definitely seen as the underdog at the moment, although not by a huge amount. Odds for his victory are listed as +154 by FanDuel, while BetMGM has him down at +155. DraftKings has him at +150, while William Hill has him at +155.

These odds could change, so it’s worth checking out live bets to get the latest numbers. Of course, it’s worth remembering that there’s no guarantee of a particular outcome — even if the odds say so. The odds can be wrong, and bookmakers have certainly been proven wrong in the past. Anyone who is seeking a guarantee is probably in the wrong field!

What about the pundits?

However, odds only tell you part of the story. They’re a mathematical representation of what the sector thinks about the chances of a particular outcome, but they don’t have quite as much room for exploring the nuances of possibility. That’s where the role of pundit comes into its own. Pundits are observers of the UFC, and they give analytical commentary on what they think will happen.

In the case of UFC 266, the pundits are divided. One thing they’re united on, though, is a close analysis of all the many things being said by the two fighters themselves. There was, for example, a close read taking place of Volkanovski’s recent decision to post a training video on Instagram, along with a provocative caption reading: “5 months ago we put all the work in, ready for war…we going bigger and better this time!! #ufc266 #andstill”

Pundits have also commented on the fact that the two fighters are already fighting quite hard outside of the ring. Earlier in August, for example, it was revealed that a split between the two had come to a head during the filming of a program called “The Fighter”. One salacious rumor even claimed that Volkanovski believes that Ortega is always late to training sessions. One pundit, Farah Hannoun, did concede that this might be a stretch. However, there is definitely some beef between the pair — and bettors might want to note this before placing their wagers.

Ultimately, there’s no telling in advance who is likely to surge ahead to victory in the UFC 266 match. If there was, there’d be no point playing — let alone making a wager or two on the outcome! However, with the direction provided by the odds and the insights of pundits on your side, you may be able to place an informed bet that gives you a shot at reaping some rewards when the results come in.