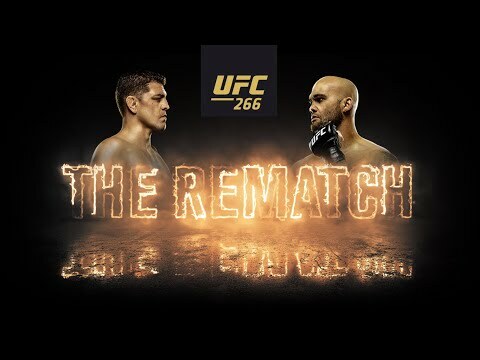 If you were to ask any UFC odds pundits around, they will surely tell you that UFC 266 promises to be one of the most exciting events in the fighting calendar this year. While fans will be treated to two great title fights as Brian Ortega finally gets his chance to go after Alexander Volkanovski’s UFC Featherweight Championship and Lauren Murphy will try to beat all of the underwhelming odds against her to take Valentina Shevchenko’s Women’s Flyweight Title, there are three other great non-title bouts in the main card of the event that fans should also be very excited about.

3 Non-Title Fights to Look Forward to at UFC 266

With perennial fan favorites Nick Diaz and Robbie Lawler finally having a rematch of their great fight from, get ready, 17 years ago at UFC 47, Jairzinho Rozenstruik fighting fellow heavyweight Curtis Blaydes with both looking to restock their title contention aspirations and Jessica Andrade who’s looking to make her bid at another shot at the flyweight title by trying to beat Cynthia Calvillo, the main card of UFC 266 is stacked with great fights to warm fans up before the title contention bouts.

With this said we bring you our predictions for how we see each one of these non-title UFC 266 bouts going down.

For UFC fans who remember the Nick Diaz vs. Robbie Lawler fight from UFC 47 from 17 years ago, and especially for those who remember Diaz’s commanding and memorable knockout win over Lawler, this will surely be a fight that they will not want to miss whatsoever. After waiting for what feels like an eternity, not only for this fight itself but for the return of Diaz to UFC, it’s finally happening and fans of the oldest of the Diaz brothers could not be any more excited about it.

While Diaz’s fighting shape and condition could be put into question here as well as Robbie Lawler’s, at the end of the day the truth of the matter is that these fighters are two of the best scrappers around in the history of MMA and UFC made the right choice by giving fans the chance to see both of them fight in a full, five-round, 25-minute fight, instead of a 3-round, 15-minute fight. Given that Diaz hasn’t fought in almost 7 years and Robbie Lawler has been through some hard times after losing his title, most people might think that this fight might not live up to the expectations.

But come on, in all seriousness I think we can all agree that whenever there’s a Diaz brother fighting a show is surely awaiting and a rematch against Lawler, who also knows a thing or two about how to put on some amazing fights, then we can safely say that we’ll be in for a great brawl inside the octagon. Basically put, if it took 17 years for this fight to happen again, let’s just hope it’s as good as their first one, with Diaz coming out as a winner once again.

For this heavyweight bout, with both Jairzinho Rozenstruik and Curtis Blaydes both bidding for a commanding win to continue their claims for a title shot against Ciryl Gane, fans can expect one thing, explosiveness right of the bat. On the one hand you have Curtis Blaydes, the number 5 ranked heavyweight in UFC, who is looking for redemption after losing all of his title-chasing momentum struck down after being knocked out in a highlight-reel style pounding from Derrick Lewis in UFC Fight Night 185. Before that fight though, he was riding on a respectable two fight win streak that saw him take down both Alexander Volkov and Junior dos Santos, but that grueling lost against Lewis did do a lot more to hurt his image than what the two previous wins did to put him over in the rankings. But even with that said, Blaydes is still one of the top performers in the UFC Heavyweight division and a commanding win over Rozenstruik could end up being the flame he needs to rekindle his title contention path.

On the other side of the octagon, number 6 ranked fighter Jairzinho “Bigi Boy” Rozenstruik will be waiting to show the world why he shouldn’t be counted out of the heavyweight title contention conversations just yet. While he had a split record from his last four fights before beating Brazilian fighter Augusto Sakai at the UFC 189 main event, Rozenstruik wants to show that by adding quickness to his steps and agility to his takedown techniques, he can become a multiple threat fighter, given that his knockout punch is one that everyone is already pretty much aware of. Now, while Rozenstruik punch could become a pivotal part for him to beat Blaydes, he will first have to be able to catch Blaydes, which is why I see Curtis Blaydes picking up the win here and jumping right back into title contention talks.

After a failed attempt to try and take Valentina Shevchenko’s Flyweight title, Jessica Andrade, the no.1 contender for the flyweight title will be back in the octagon trying to prove to fans that she has all that it takes to still be considered as the top contender for Shevchenko’s title moving forward. Andrade, who has a 12-7 record in UFC with two of her three most recent fights being losses to Shevchenko and Rose Matajunas will be stepping up to fight against no.5 contender Cynthia Calvillo who holds a 9-1-1 who is also coming off a loss against Katlyn Chookagian in her last fight.

Both fighters are well aware that a win here could easily mean a shot at either Shevchenko or Murphy’s title after UFC 266 which is why this fight means so much for both sides. Given the background and record that Andrade has though, it’s hard to not pick her as the favorite to take the win here and continue in her hopes of making it back to a title fight sooner rather than later.