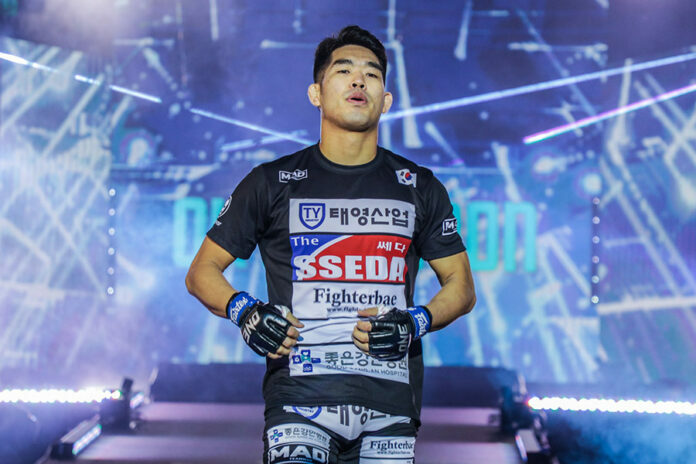 South Korea’s Ok Rae Yoon laid out the blueprint for other martial artists on how to make an immediate impression and get a shot at gold. The simple formula is to step onto the global stage and defeat two World Champions in one month.

Ok Rae Yoon Will Give Christian Lee His Latest Challenge

The Team Mad athlete will challenge Christian “The Warrior” Lee for the ONE Lightweight World Championship on Friday, September 24, at ONE: Revolution.

In April, Yoon burst onto the global scene as part of the primetime showcase for ONE Championship on TNT. At ONE on TNT III, he met former ONE Featherweight World Champion Marat “The Cobra” Gafurov and came out victorious by unanimous decision.

The victory would have been an instant shot to the entire lightweight division regardless, but due to the controversial ending to Eddie “The Underground King” Alvarez and Iuri Lapicus just two weeks prior, Yoon’s win had more importance.

Alvarez got a quick turnaround date, and Yoon’s victory pushed him into the match.

The American is a legend in the sport. The opportunity to face him was massive, and the South Korean could have wilted under the bright lights of primetime or meeting a former World Champion. Instead, he shined. Yoon rocked Alvarez early and went toe-to-toe with the Philadelphia native in a wildly exciting battle.

Following the win, the lightweight title picture opened up for him. In part because of Lee’s dominance.

At ONE on TNT II, Lee continued his reign with a swift first-round knockout over Timofey Nastyukhin. As a dominant force in the division, there were not many other fresh faces awaiting the United MMA standout, but Yoon’s performance lifted him into contention.

Yoon’s gritty performances in April show that he is a different challenge for the reigning ONE Lightweight World Champion.

In Lee’s last two bouts, Nastyukhin and Lapicus were ultra-aggressive. The immediate engagement led to highlight-reel finishes in the first round. However, expect Yoon to take a more cerebral approach.

There will be fireworks in this lightweight matchup, but Yoon and Lee will feel each other out more so than in their previous matches in 2021. The stakes are too high for both men to rush to the center of the Circle and throw wildly.

If the South Korean can pull off his third-consecutive upset in ONE, he will suddenly go from being an unknown to holding the ONE Lightweight World Championship. It would be a magical story, but it will not be an easy chapter to write.

This will be one of September’s best bouts.

Joshua Pacio vs. Yosuke Saruta Trilogy Bout at ONE: Revolution 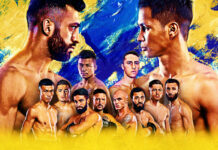