With news that Kyoji Horiguchi had become a free agent recently, Bellator MMA had wasted no time in signing their former champion. In June of 2019, Horiguchi had earned himself the Bellator Bantamweight championship when he defeated Darrion Caldwell, an American wrestling-based fighter. In November of 2019 Horiguchi voluntarily vacated this due to a severe ACL injury.

“I feel terrible for Kyoji Horiguchi about the injury he suffered to his knee, but in the true spirit of martial arts and being a true champion, he has elected to vacate his title and allow the division to move forward in his absence.” Scott Coker, Bellator President, said in 2019, and continued:

“After fully healing, we plan to give Kyoji an immediate title shot.”

Another potential great fights for Horiguchi in Bellator would be the winner of Patchy Mix vs James Gallagher, at Bellator 270. Both fighters are currently on winning streaks in the bantamweight division and are ranked in the top 10.

In RIZIN Horiguchi will have one bout annually. This is likely due to Horiguchi having defeated most of the division already with wins over Kai Asakura, Ben Nguyen, Hiromasa Ougikubo, Hideo Tokoro, and many others. Horiguchi will likely have an annual bout on the New Year’s Eve event against a special opponent, whether it be the champion or someone from another division.

This does not reflect greatly on RIZIN though. In the past two years RIZIN has put on great kickboxing and MMA fights, and amazing events, however, they’ve lost their biggest MMA star in Kyoji Horiguchi to Bellator, plus reigning champions Manel Kape and Jiří Procházka to the UFC.

Kyoji Horiguchi and the UFC

In the UFC Kyoji Horiguchi only had one loss. This lone loss was to a peak Demetrious Johnson in a 2015 Flyweight title match. Johnson would have 11 title defenses before moving to ONE Championship. Horiguchi in the UFC would go 7-1 and was on 3 fight win streak when he left the organization.

“I only regret one thing about leaving the UFC and it’s that I didn’t rematch [Demetrious Johnson]. If they gave me a rematch I would’ve stayed—no questions”

Both Johnson and Horiguchi had left the UFC and the Flyweight division has moved on, the landscape looks much different. Today, the reigning champion is a Mexican inspiration story in Brandon Moreno. Previous to Moreno the title was held by a notoriously violent Deiveson Figueiredo. At top of this division also stands the Brazilian Alexandre Pantoja, and the undefeated Russian wrestling wrecking-ball in Askar Askarov. Combining Kyoji Horiguchi into this division would have been electric and had the potential for fireworks.

Kyoji Horiguchi’s next fight will likely be for the Bellator title against Pettis; this would be a great match-up. An annual fight in Japan under RIZIN will keep this fighter busy enough. However, both the UFC and ONE Championship have great and developing divisions that Horiguchi could have much success in. As a fan of Kyoji Horiguchi, I hope to see him competing soon and competing healthily. And in a few years, I hope to see him covered in even more MMA gold. 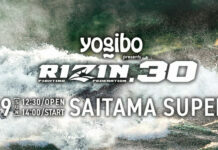