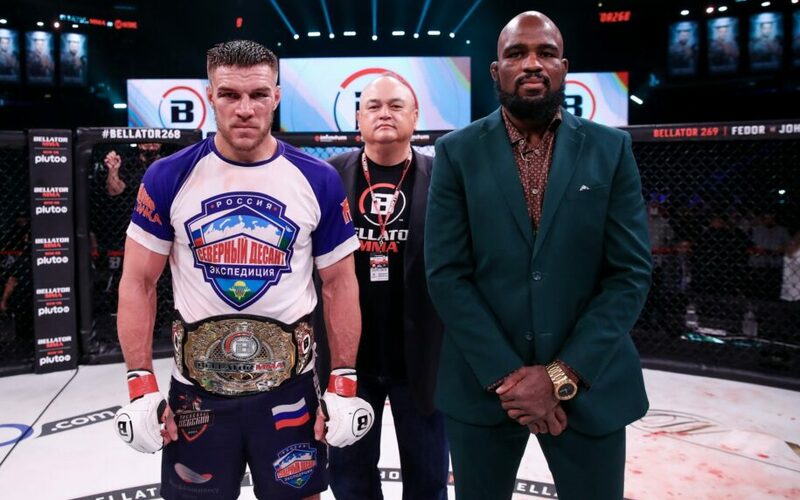 On a night where the UFC and Bellator competed, Bellator 268 delivered and now we get a chance to see who the best light heavyweight in the world is, regardless of promotion.

Scott Coker talked about it in his post-fight press event that he didn’t even realize the UFC was having an event last night and that they have been focusing on themselves rather than worrying about any competition. It is an approach that goes back to Coker’s days as the head of Strikeforce and by taking that approach he was able to build a very real, viable option for combat sports fans to enjoy a quality product. A shining example of that is how this Light Heavyweight Grand Prix has unfolded.

Coming into last night fans and media were both bummed to be missing Anthony Johnson from the semi-finals but it gave them a chance to root for the underdog looking for his Rocky story in Julius Anglickas. Of course, he was going against the next Russian star of the sport, Vadim Nemkov and in the matchup opposite them was a fun pairing of former training partners Ryan Bader and Corey Anderson.

Both fights more than delivered and to top it all off we got to see gritty performances from both Brent Primus and Henry Corrales who moved their careers forward in a big way.

All these fights were able to form some takeaways and thoughts, all positive too which just further cements that Bellator is starting to get the ball rolling again.

The Two Best Light Heavyweights are in Bellator

Scott Coker made the claim last night that the winner of the Grand Prix will be the best 205’er on the planet and that honestly shouldn’t be debated.

Vadim Nemkov has already fought a who’s who in Bellator and before that he fought several big names in Rizin and Fight Nights Global. He has two wins over Phil Davis, Ryan Bader, Liam McGeary, and Goran Reljic. He has 12 finishes in his 14 career wins and he has shown that he has gotten better with time and hasn’t demonstrated a decline or plateau in his ability.

To further back up Coker’s comments is the fact that Corey Anderson has wins over both Jan Blachowicz and Glover Texeira. The win over Blachowicz came six years ago, he did get a knockout in the rematch in February 2020, while the win over Texeira was the last loss on Texeira’s record before rattling off the win streak that has him in line for a title shot later this month.

While the debate will always linger, there is a very strong case to be made that the winner of this Grand Prix is the best in the weight class today, regardless of promotion.

The winner of this final is the top 205-pounder on the planet – period. https://t.co/niuUUf3TMu

For the first time since 2013, Brent Primus fought twice in a calendar year and it now has him in a primed position to earn a title shot or to step in if an injury were to occur between Patricky Freire and Peter Queally.

All week Primus talked about coming out with a renewed energy and how he was going to bring the action to Benson Henderson. He did just that by being the aggressor with boxing skills, especially against the fence, and also by constantly going for submissions when the fight hit the ground.

While many don’t take his title reign seriously due to it coming by way of Michael Chandler injury, he has shown growth as a fighter but he needs to stay more active. If he can show he is readily available to Bellator brass then he may find himself with a title shot sooner rather than later which is a good thing for everyone, fans and promotion alike.

Bellator is Taking Advantage of the UFC’s Stubbornness

Bellator had a fantastic crowd last night at Bellator 268, so much so Scott Coker talked about coming back as soon as January or February to finish the Grand Prix here.

Before being in Phoenix last night the promotion had been in Sioux Falls, Los Angeles, London, and San Jose. Meanwhile, the UFC is finally leaving the comforts of the Apex, Houston, and Las Vegas by going to New York in November but after that, they aren’t going outside their usual area until UFC 270 next year which is rumoured to be in Los Angeles.

Bellator just seems to be firing on all cylinders which is great, the UFC needs real competition and while Bellator will probably never reach the heights the UFC has, it has a chance to be a long and viable pain in the UFC’s side until they start deciding to travel in other areas.