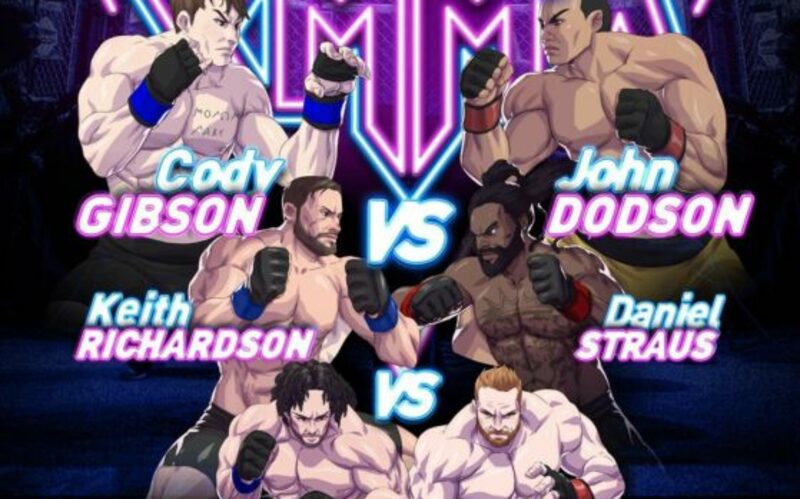 XMMA continues its debut year tonight with XMMA 3, coming live from the Watsco Center in “Vice City”, Miami, Florida. Like the last two events, this one is riddled with former UFC greats and well-known MMA veterans.

In the main event, two-time UFC title challenger John Dodson makes his first appearance outside of the organization since winning The Ultimate Fighter 14 back in 2011 against fellow UFC vet Cody Gibson. “The Magician” Dodson has lost four of his last six fights, but has never been finished and always puts on a fun, fast-paced fight. “The Renegade” Gibson returned from nearly three years away from competition at XMMA 2, picking up a quick KO victory over Louie Sanoudakis.

Former Bellator featherweight champion Daniel Straus also starts a new chapter in his career, competing outside of Bellator for the first time since 2012 against LFA veteran Keith Richardson. Straus has had issues with activity of late, being involved in a vehicle accident that sidelined him for nearly two years from 2017 to 2019, then running into legal issues after competing twice in 2019. He will look to put those issues behind him against “The Rockstar” Richardson, who also has not competed since 2019 but snapped a two-fight skid his last time out.

Former Strikeforce welterweight champion Nate Marquardt returns to action for the second time since retiring in 2017, facing TUF 21 competitor Valdir Araujo. “The Great” Marquardt halted his retirement a few months ago, defeating Michael Cora by armbar submission at Titan FC 71. His encore continues against “BBMonstro” Araujo, who has not competed in MMA since 2018 but has remained active competing in grappling events.

Keith Richardson def. Daniel Straus via TKO (Ground and Pound), 1:54 of Round 2

Valdir Araujo def. Nate Marquardt via TKO (Kick and Punches), 2:45 of Round 2

Gabriel Checco def. Simon Marini via TKO (Ground and Pound), 2:45 of Round 1