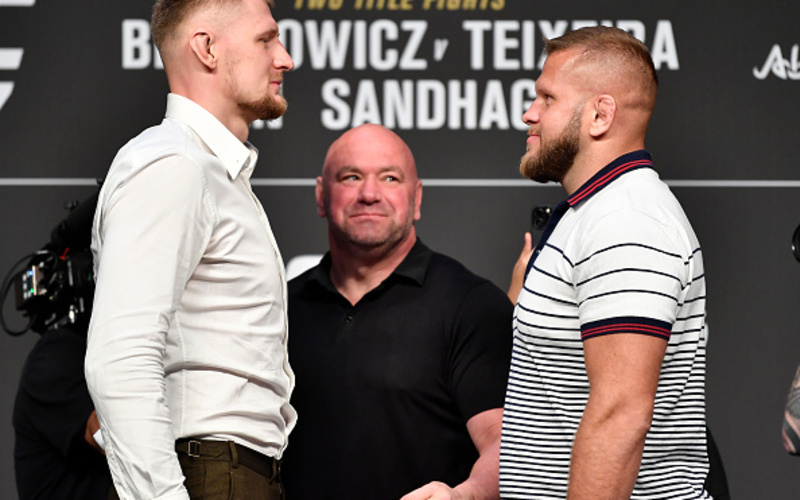 Alexander Volkov is 1-1 in 2021 and fought as recently as June. He got a TKO win over Alistair Overeem in February and lost a decision to Ciryl Gane in June. Volkov holds a professional record of 33-9, with 22 of those wins being by knockout. Alexander Volkov is 7-3 since joining the UFC with his only other losses being to Curtis Blaydes and Derrick Lewis. His wins in the UFC include guys like Timothy Johnson, Roy Nelson, Stefan Struve, Fabricio Werdum, and Greg Hardy. Prior to getting in the UFC, Volkov had wins over Blagoy Ivanov, Ricco Rodriguez, and Maxim Grishin.

Alexander Volkov won the Bellator heavyweight tournament on two occasions and also held the Bellator Heavyweight Championship. He also won the M-1 Global heavyweight title back in 2009. Volkov is a phenomenal kickboxer and has a brown belt in Brazilian Jiu-Jitsu. He will also come into this fight with a seven-inch height and a two-inch reach advantage. Volkov is a veteran of the sport and has shown that he is capable of beating strikers and high-level grapplers. His game plan should be to stay at range and pick Tybura apart with long-range strikes.

Marcin Tybura comes into this fight as a decorated grappler. He has a black belt in Brazilian Jiu-Jitsu under Kamil Uminski and Radek Turk. Tybura won the M-1 Global heavyweight title in 2014 and successfully defended that title twice. Tybura had a 7-1 record in his time with M-1 Global and even got a TKO win over 2021 PFL Heavyweight finalist Ante Delija. He has a professional record of 22-6, with 15 of those wins being finishes. Tybura has never been submitted in his professional career but has been knocked out in four of his six losses.

Marcin Tybura has been fighting for the UFC since 2016. In these past five years, Tybura has racked up a 9-5 record within the company. He is currently on a five-fight winning streak with wins over Sergey Spivak, Maxim Grishin, Ben Rothwell, Greg Hardy, and Walt Harris. Early in his UFC career, Tybura had knockout losses to Augusto Sakai, Shamil Abdurakhimov, and Derrick Lewis. Tybura has great grappling and knockout power, but he has never fought as good of a kickboxer as Volkov. His game plan in this fight should be to get on the inside and get a hold of Volkov. If he can get Volkov on the mat, his chances of victory increase significantly.