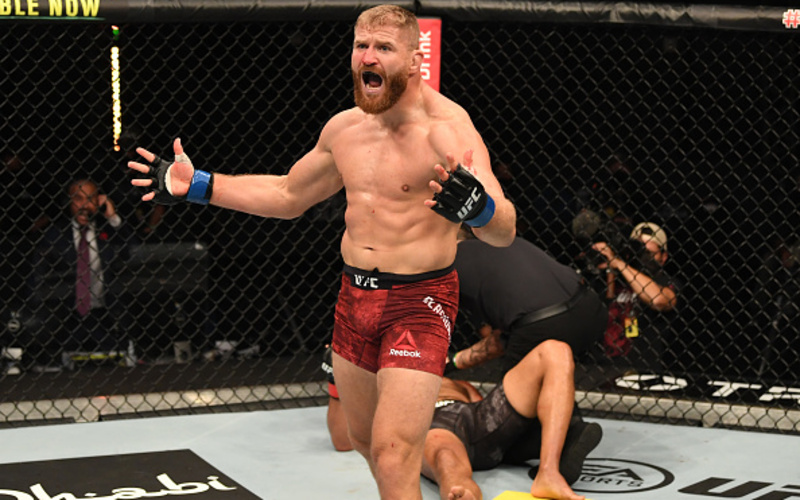 Two grizzled veterans of mixed martial arts will square off for the first time for the highest stakes when top contender Glover Teixeira challenges reigning champion Jan Blachowicz at UFC 267. Here we discuss the odds and analysis from a betting perspective.

Glover ‘The Brazilian Pitbull’ Teixeira has been involved with professional mixed martial arts for almost 20 years after first appearing in WEC 3 in 2002. He earned his first shot at a UFC title against Jon Jones, a unanimous decision loss in 2014, but has certainly paid his dues to earn what could be his last chance at UFC gold.

Since winning the vacant UFC light-heavyweight title when Jon Jones announced his move to heavyweight, Jan Blachowicz became a father to a son born in December 2020 and defended his title in a super-fight against Israel Adesanya (UD, 2021).

Blachowicz is four years younger, though 38 himself, has a two-inch reach advantage over Teixeira, averaging 3.59 strikes (significant) landed per minute (SLpM) with a 49 percent striking accuracy, 2.79 strikes absorbed per minute (SApM) with 53 percent striking defense, 1.18 takedowns per 15 minutes with a 53 percent takedown accuracy, 65 percent takedown defense and 1.18 submissions per 15 minutes, according to UFC Stats.

Blachowicz may be such a large favorite because he is younger, with longer reach, capable wrestling, more efficient striking differential and more potent power to end the fight with a single strike, and the over/under may be set at 2.5 rounds because a finish is expected and most likely to come by Blachowicz knocking out a hittable Teixeira who might not be as light on his feet at 42.

Glover backers might question the sizes of Blachowicz’s recent opponents, including three wins over fighters who competed the majority of their careers at middleweight, and those on the dog in this matchup probably consider Teixeira to be the superior grappler with profound toughness, perhaps expecting him to weather the initial rounds and shots from Blachowicz and later finding a way to get the fight to the ground where he will gradually wear down his opponent.

Blachowicz has without question earned his position at the top of the UFC light heavyweight rankings. He is the more efficient and higher volume striker which could spell disaster for Teixeira who moves slower the older he gets, and typically absorbs more strikes than he lands.

Teixeira seems to get stronger and more durable with age, and while he could very well get knocked out by Blachowicz, we see this fight as a lot closer than what is reflected by the current line. Teixeira knows that this is his last chance and most likely took his training, condition and preparation to the highest level possible, and if we were forced to take a side could only consider taking the value with the underdog.

With both fighters being elder statesman and gentleman of the sport, we anticipate each coming out and showing significant respect for his opponent’s power and skill. Blachowicz will likely stun Teixeira with some early shots, but Glover has shown the capacity to remain resilient even after absorbing heavy blows and we expect him to be in the most durable condition of his life for this contest, and see this fight getting into the championship rounds or at least the latter half of the third.