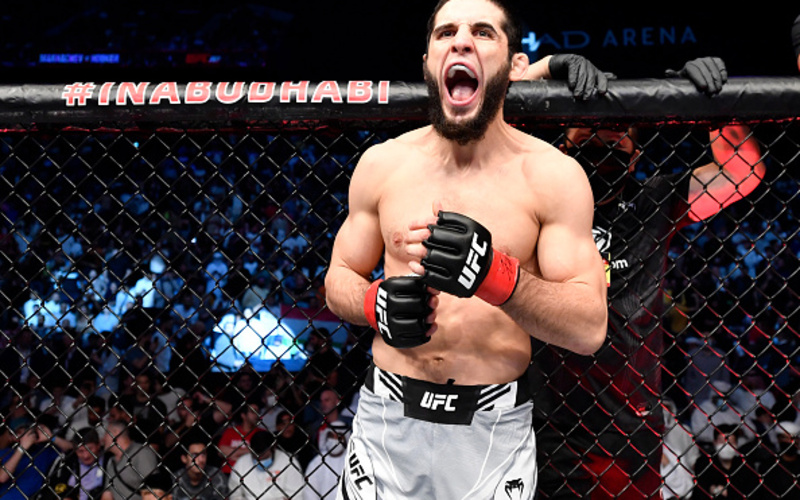 A historic night for the UFC and its fighters as they held their first free numbered UFC event since UFC 138 way back when. Now back at UFC 138, the main event was Chris Leben and Mark Muniz, not the greatest main event in history looking back but the same won’t be said for UFC 267.

Glover Texeira faced off against Jan Blachowicz for the UFC Light Heavyweight title and at the ripe old age of 42 years, Texeira was able to add a championship to his resume after all the years of setbacks and tribulations. For Blachowicz, he sees a road back to the title by stating after the fact that he isn’t a “quitter” and that he would earn the title again.

Also highlighted on the card were dominant performances from Khamzat Chimaev and Islam Makhachev, both of which made their fights look easy against ranked opponents in Li Jingliang and Dan Hooker.

The rankings are bound to get tossed around like a caesars salad this coming week which means the matchmaking is going to be very interesting to see unfold, so why not toss our own hand at that and put our Sean Shelby mask on this Halloween.

Blachowicz is one of the best in the world at 205 and he won’t fall far down the ladder of contenders despite the one-sided showing Texeira had against him. Anthony Smith has won four in a row since dropping two in a row, one to the current champion now, so matching these two up with the log jam of Aleksander Rakic and Jiri Prochazka at the top makes some sense. Either way, this fight would go things would still be moving along which is going to be vital given Texeira talked about taking time off until May.

Islam Makhachev vs. Winner of Gaethje-Chandler

Makhachev needs and wants a serious contender to fight or a title shot, the latter won’t be happening soon but he can still fight the loser of this weeks contender fight. Whether he would be matched up with either Justin Gaethje or Michael Chandler it makes for a fantastic fight and would set Makachev up for number one contenders fight or make him the side piece to any title matchup. He needs to be tested and a matchup with either of these men would do just that and then some, a big step up for the Russian but a necessary one.

It's time! @MakhachevMMA makes his claim for championship material!

Unlike Makachev, Chimaev still needs to be worked into the groove of things with all four of his UFC fights coming within the last 15 months. Stephen Thompson is coming off the loss to Gilbert Burns and is kind of in welterweight purgatory at the moment, he would provide a fun and interesting test for Chimaev as he looks to continue his climb. Testing him against Thompson’s striking and ground defence could go a long way in probing where he would match up with the rest of the welterweight elite.

Speaking of purgatory, both these men are in a similar situation as Stephen Thompson is in his division. Cory Sandhagen has tremendous potential but needs more reps against the top of the weight class and going against Jose Aldo fits that need and then some. Aldo is coming off an impressive win against Pedro Munhoz but with a loss to Petr Yan, he isn’t likely to be fighting for a title anytime soon, thus making this a perfect matchup for both men.

Even in the face of defeat, Cory Sandhagen still has his sights set on the future after #UFC267

So many future champions and contenders will be on this card when we look back on it in five years, one of those is Magomed Ankalaev. He looked uber impressive against former contender Volkan Oezdemir piecing him up on the feet and controlling the fight for all three rounds. With Texeira and Prochazka set to face off that leaves number three Aleksandar Rakic without a dance partner, him against Ankalaev would be perfect and give the division its own mini-tournament to sort things out.