5 UFC Fighters Who Need to Make a Return 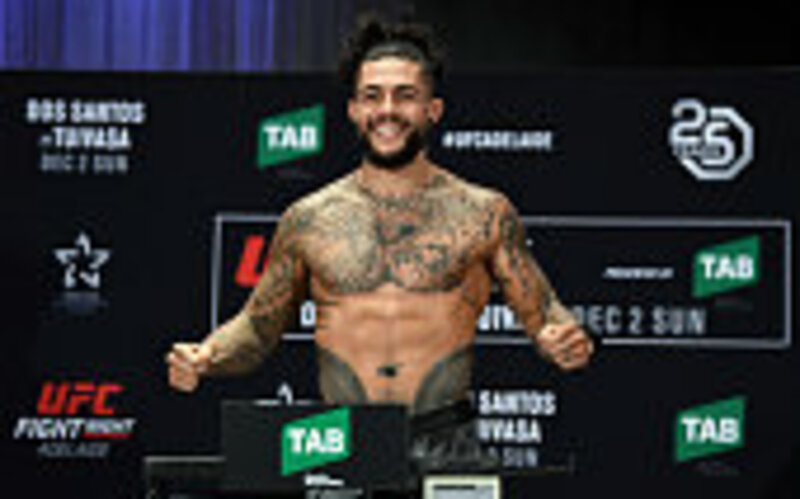 There are 619 active fighters on the UFC roster at the time of writing, although as we know this frequently changes due to signings and releases. On average, UFC fighters compete at least twice a year, sometimes more and sometimes less (depending on injuries, pandemic’s etc). What’s interesting is how many well-known names, former top 10 fighters and well-established names we haven’t seen in many years. We take a look at the top five fighters we haven’t seen who need to make a return and hint at who they could face on their comeback.

5 UFC fighters Who Need to Make a Return

Gunnar Nelson broke onto the scene at welterweight in 2012. At 10-0, Nelson entered the UFC as a brutal submission artist with slick hands. Training out of the up and coming SBG Ireland, Nelson went 4-0 before his first headline slot, where he lost a split decision to Rick Story. A further win set up an interesting grappling match with Demien Maia, however, he was outworked by the veteran.

He was able to bounce back, however, notching two straight victories, both earning him performance of the night honours. Santiago Ponzinibbio met Nelson in a headline slot in Scotland, but unfortunately for the Icelandic native, Ponzinibbio knocked him out in the first round. The story of the fight, however, was eye pokes and shorts grabs against Nelson.

A well measured, brutal finish of Alex Oliveira saw Nelson set up a London clash with rising star, Leon Edwards. Edwards outperformed Nelson on the night, almost finishing him late on with a savage elbow off the break. Gilbert Burns then replaced Thiago Alves to face Nelson, which Nelson lost via unanimous decision. This was back in September 2019 and we haven’t heard anything from Nelson since.

He hasn’t been scheduled since and isn’t rumoured to be making a comeback. The Icelandic grappling star should meet Mickey Gall next time out.

Fan favourite, Tyson Pedro hasn’t been seen in the UFC octagon since December 2018. The Australian native had an impressive run in the UFC, going 3-3 and recorded finish victories over Paul Craig and Khalil Rountree Jr. He did drop bouts against Ovince St Preux and Shogun Rua back to back, however. The entertaining Aussie always put on a show, was a fun fighter to have around on fight week and always brought his all to the octagon. He was scheduled to face Vinicius Moreira in February 2020, but had to withdraw with an injury. It was then rumoured (and appeared to be confirmed by Pedro on his Twitter page) that he’d be returning in September 2021. This never came to fruition, however.

The perfect return fight for Pedro would be either Ed Herman or William Knight. Both of these are winnable fights for Pedro but bring different styles. It’s worth remembering that Pedro is still just 30 years old and can still have a decent career in the UFC, but we need to see him back sooner rather than later.

The young Veronica Macaedo has had a rough time of it during her UFC career thusfar. Stepping in on short notice against Ashlee Evans-Smith, Macedo wouldn’t pick up a victory until her fourth outing against Polyana Viana. Two finish losses and a decision loss against Andrea Lee would see a rough start to UFC life for Macedo, however, a dominant win would see her bounce back. In her most recent bout against Bea Malecki, she looked good in the first round with plenty of action and output. Following the first round where she outstruck Malecki, she gassed out badly, leading to being badly dominated in the remaining two rounds.

Suffering lingering headaches and wanting to be back to full fitness before making a comeback, Macedo will hopefully return soon to the UFC as we haven’t seen her in action since March 2020. She needs to be making her return at flyweight, rather than bantamweight, especially as she stands at just 5’4. Welcoming her back to the octagon could be either Mandy Bohm or Hannah Goldy. Both of these fighters would provide Macedo with tough tests but are both winnable fights for the young Venezuelan native.

We haven’t seen Kron Gracie since October 2019 when he lost, handily to Cub Swanson. Prior to this, Gracie had gone just 1-0 in the UFC when Swanson was a 36 fight veteran. Gracie had gone 4-0 prior to signing for the UFC, fighting for Rizin and Real Fighting Championship. He’s without a doubt a phenomenal grappler with a black belt in Judo and a first-degree black belt in BJJ (obviously with him being a Gracie). He trains with Jake Shields, Gilbert Melendez and the Diaz brothers under the ‘Scrap pack’ team. At 33, he hasn’t got a long career left in the UFC, but there are still exciting fights to make at featherweight. Danny Henry (who himself hasn’t competed since July 2020) has lost his two most recent bouts. The Scot, prior to this had gone 2-0 in the UFC, however, both of his losses came via submission. This clearly would appeal to Gracie as a potential match-up. Mike Grundy is also a potential next match-up for Gracie. The Englishman has a solid Commonwealth games background in wrestling, highlighting where he’d like the fight to play out. He’s landed 10 takedowns in his three UFC fights thus far, however, has lost his last two, being outpointed by both Movsar Evloev and Lando Vannata.

‘The female Khabib’, the TUF 23 winner, the undefeated phenom, Tatiana Suarez is possibly the biggest threat to Valentina Shevchenko. At 8-0, Suarez is known to be avoided by many in the UFC. Having only competed at strawweight, Suarez was set to make her flyweight debut earlier this year, however, an injury kept her out of that fight.

Her wrestling heavy, dominant style has seen her dominate every opponent she’s faced thus far in the UFC, amassing a record of 5-0. She’s landed 22 takedowns in her five fights, with an average of 6.47 per 15 minutes. Former lightweight king, Khabib Nurmagomedov averaged 5.32 takedowns per 15 minutes, for comparison. She’s clocked up 37:02 control time in her UFC fights and taking into account that two of her fights have finished in the first round, it shows how truly dominant she is.

Constant injuries have kept Suarez out of action since June 2019. As we said earlier, she was scheduled to fight in September 2021, however, she had to withdraw from this bout. Once she’s back fighting fit (hopefully at flyweight) she has to fight a reasonable, ranked opponent. Jessica Eye doesn’t currently have a fight booked and that one makes a lot of sense. The Eye fight is interesting as we know that she’s had a title shot, competed in a main event and has had high-level experience. She’s on a three-fight losing run and a fight against the returning Suarez could get her motivated for a tough fight. Andrea Lee and Lauren Murphy are also fights that make sense for Suarez and a win over either woman would catapult Suarez into the title picture.

Let’s hope that all five of these established names make a UFC return in 2022 and get back to their best.