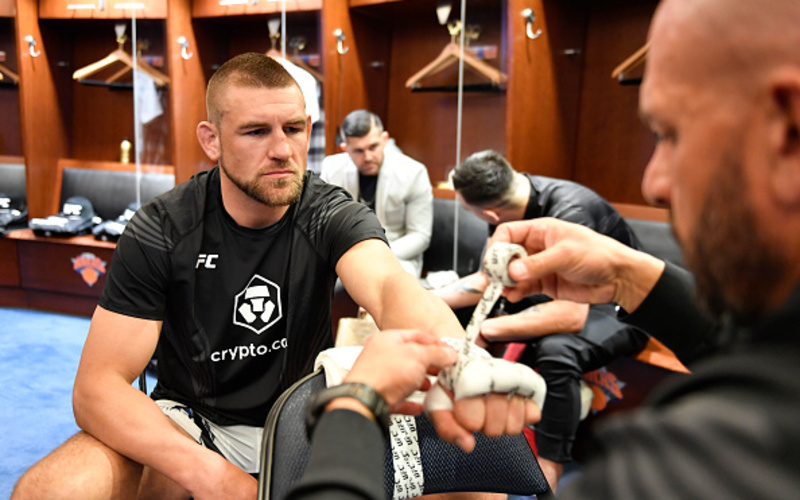 It was announced by Iridium Sports Agency that Dustin Jacoby will face Michał Oleksiejczuk at UFC 272 on March 5, 2022.

Jacoby made his return to the UFC through Dana White’s Contender Series last year. He defeated Ty Flores by unanimous decision to win a contract. Since then he won four of his last five fights with the one exception being a draw against Ion Cutelaba. The four wins came against Justin Ladet, Maxim Grishin, Darren Stewart, and  John Allan.  In his previous run with the promotion, Jacoby lost to Clifford Starks and Chris Camozzi prior to his release. After that, he fought in a variety of promotions such as WSOF, Bellator and switched to kickboxing to compete for GLORY before returning to MMA and making his way back to UFC.

That was an absolute fire fight! 🔥

Oleksiejczuk is a Polish light heavyweight who’s riding a two-fight winning streak after defeating Modestas Bukauskas and Shamil Gamzatov. He came back to his winning ways after a year-long hiatus caused by a submission loss to Jimmy Crute in February 2020. In this time Oleksiejczuk, at his coach’s recommendation, has been training wrestling and grappling to improve his ground game. Jacoby’s fight will be the first bout for ‘Lord’ after he and his brother, FEN Welterweight champion Cezary Oleksiejczuk, split from their former coach Miroslaw Okninski to establish and run their own gym. Only time will tell if they’ve made the right decision.

UFC 272 will take place on March 5, 2022, probably at the T – Mobile Arena in Las Vega, Nevada. The following bouts have been announced thus far: