Badr Hari and Ben Saddik Announced for Glory 80 in March 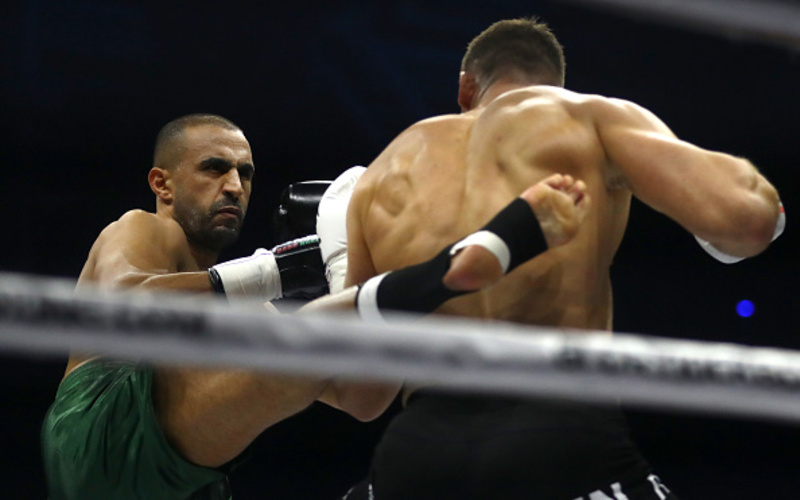 Netherland Telegraaf broke the news that GLORY is going to hold its next event on March 19th in Hasselt, Belgium. If everything goes according to plan, Badr Hari will have a rematch Arkadiusz Wrzosek in the Trixxo Arena, which has a 16,000 capacity. Another planned match-up is Jamal Ben Saddik against Levi Rigster.

The K-1 legend squared off with the Polish kickboxer in September 2021. Hari was dominating through the first round, sending Wrzosek to the canvas multiple times. It looked like this scenario would repeat itself in a second outing, but Wrzosek threw a last chance head kick and knocked out the Marocain fighter. Now Hari will get his chance to redeem himself with the whole kickboxing world watching. The knockout was deemed one of the greatest in Glory history.

At the last Glory event in the Geiredome, 18,000 fans saw Heavyweight champion, Rico Verhoeven defeating Ben Saddik. This loss put an end to his four-fight winning streak, which led him to win the Glory Heavyweight Grand Prix tournament.

A title fight is also planned for the March 19th event as Luis Tavares will take on a Lightweight champion, Artem Vakhitov. Tavares is riding a four-fight winning streak and put himself in a title contender position by defeating Felipe Micheletti at Glory 78. A two times Glory lightweight champion, Vakhitov regained his title after defeating Alex Pereira in a rematch at the same event.

Mohamad Jaraya is scheduled to fight on Match 19th, but no details were shared yet.

Glory Exodus from the Netherlands

In his last week’s interview with the De Telegraaf Glory CEO, Scott Rudmann announced that promotion will withdraw from holding events in the Netherlands for a time being due to a dispute with Dutch Martial Arts Authority. That sanctioning body tries to oblige Glory to cooperate with the Dutch Doping Authority. Rudmann stated that in its’ current state anti-doping taste is not good enough to justify harsh suspension, up to four years even.

The Choice of Belgium

It’s not the first time that Glory is holding an event in Belgium. Netherlands’ southern neighbour country was the host of two events: Glory 2 and Glory 39 with both of them taking place in the Forest National arena in Antwerp. The promotion’s six previous events took place in the Netherlands.

Rudmann said that Hasselt was chosen because it’s only a 35-minute drive away from Maastricht and an hour’s drive away from Eindhoven. As for today, it is unknown when Glory will make its’ return to the Netherlands.