Yaroslav Amosov to Defend Title Against MVP in May 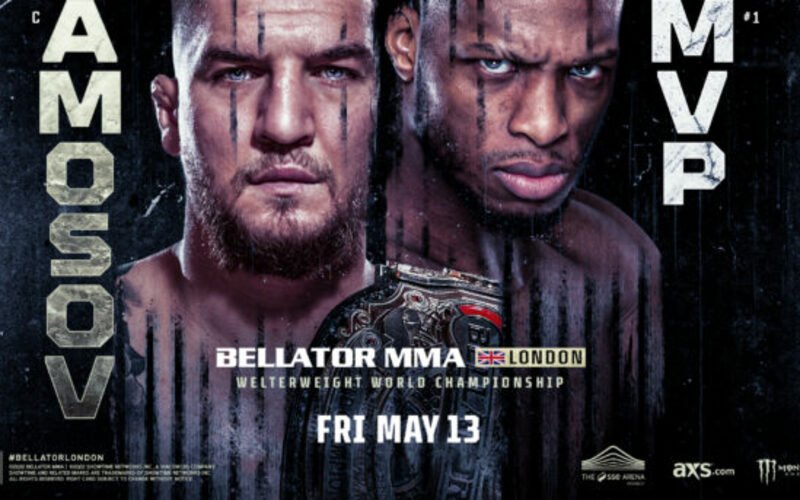 Bellator MMA has announced that Welterweight champion, Yaroslav Amosov will defend his title against British superstar Michael ‘Venom’ Page at a May 13 event, which will take place in the SSE Arena in London. It will be the first title defense for the Ukrainian champion.

Amosov has an unblemished professional MMA record through 26 fights, with 19 out of 26 victories coming before the final bell. The American Top Team-trained former Tech-Krep FC Welterweight champion, Amosov won that title by defeating current KSW Welterweight and Middleweight champion Roberto Soldic. He has since fought seven times in the Bellator cage, moving from victory to victory, beating such fighters as Erick Silva, Ed Ruth, and Logan Storley, finally capturing Bellator gold by dethroning Douglas Lima at Bellator 260.

Page has a 20-1 professional MMA record and is currently riding a six-fight winning streak. In his last fight, like his upcoming opponent, he defeated Lima by decision, avenging his only loss in the process. Thanks to his flashy fight style and colorful personality, he has won the hearts of many fans and waked an ire in others. There are many opinions claiming that Page has been protected by the Bellator by facing less challenging opposition, but this title fight is his chance to prove his critics wrong and prove his superstar status in front of his hometown London fans.

No other fights have been announced for the event yet, but expect to see a “British Invasion” with a bevy of UK-based fighters on the card.