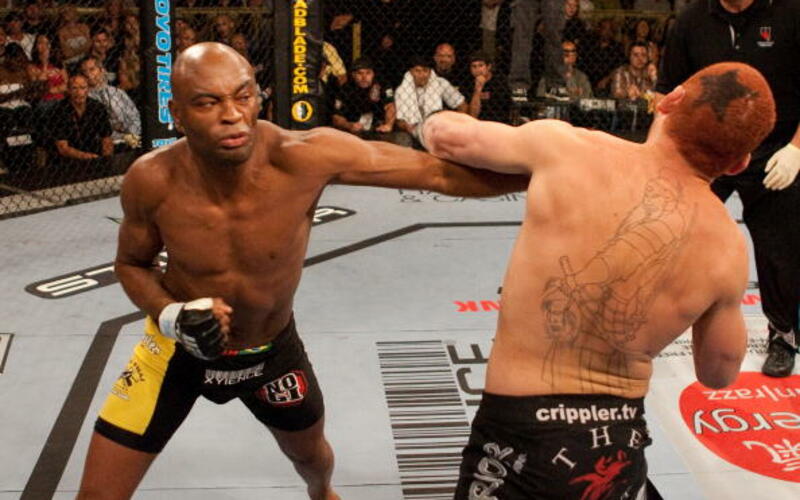 Spectacular knockouts have always caught people’s attention. A striker that puts on an exciting performance each time he steps into the cage has always been a fan favourite.

Today we take a look at arguably the ten best MMA strikers of all time.

One of the most decorated strikers in MMA, “The Demolition Man” first started his professional fighting career in kickboxing at the young age of 17. Two years later he would make the transition over to MMA which proved to be one of the best decisions he ever made. Known for his power punches, kicks, and knees, Alistar Overeem put the majority of fighters that he fought onto his highlight reel. He went undefeated from 2007 to 2013, managing to go on an 11-fight winning streak with 7 of these wins coming by the way of KO/TKO.

UFC veteran and former professional Muay Thai kickboxer, Edson Barboza is responsible for producing some of the most stunning knockouts in MMA history. His wheel kick knockout of Terry Etim in the third round at UFC 142 is regarded as one of the scariest of all time.

Considered to be one of the best MMA fighters of all time, Jon Jones is famous for his creative striking and the ability to combine it with his wrestling. Deadly elbows and unpredictable spinning attacks have brought the demise of many fighters such as Chael Sonnen, Alexander Gustaffson, and Daniel Cormier.

Known for his American Kenpo style of karate, Stephen Thompson adapts a different fighting stance than most fighters in the cage. His elusive style and precise striking have proven to be too much to handle for many elite fighters. Thompson went on a 7-fight winning streak which ended when his fight with Tyron Woodley at UFC 205 ended in a majority draw. During his winning streak, he beat big names such as Rory MacDonald, Johny Hendricks, and Robert Whittaker.

“Right leg, hospital; left leg, cemetery”, is what most people think of when they hear the name Mirko “Cro Cop” Filipovic. With over 50 MMA fights, 38 of those wins, 30 coming by the way of KO/TKO, Filipovic is a living legend in the sport of MMA. Holder of many records, “Cro Cop’s” favorite form of attack was his mythical left head kick which would come out from nowhere and KO his adversaries.

The first-ever UFC featherweight champion, and one of the greatest featherweight fighters of all time, Jose Aldo “Junior” is known for his Muay Thai style striking and hard leg kicks. Aldo went undefeated for over a decade winning 18 straight fights.

The self-proclaimed best boxer in the UFC, Max Holloway became the UFC featherweight champion when he beat Jose Aldo at UFC 212. Non-stop flurry of punches, kicks, knees, and elbows, Holloway is famous for always willing to stand and trade with anyone. Expert striking, defense, granite chin, elite cardio, and fighting spirit make “Blessed” a treat to watch as a fan.

A fighter that needs no introduction, Conor McGregor has made a name for himself in the UFC where he has wins over the likes of Jose Aldo and Max Holloway. McGregor’s entertaining fighting style has made him fans all over the world. Boxing being typically his main weapon, he has produced some of the most rememberable knockouts in the UFC, the most notable one being the knockout of Jose Aldo by a single punch in just 13 seconds at UFC 194.

“The Last Stylebender” is viewed by many as the greatest striker to ever set foot in the octagon. He quickly became one of the biggest names in the UFC and won the UFC middleweight title on October 6th, 2019. Israel Adesanya’s massive reach of 80-inches and well-placed strikes have been the demise of many fighters who decided to step inside the cage with him.

Widely regarded by numerous experts as one of the best MMA strikers of all time, Anderson “The Spider” Silva is a former UFC middleweight champion who defended his belt a total of 10 times. It seemed like no one could do any harm to Silva during his 16-fight winning streak in the UFC which lasted from 2006 to 2013. “The Spider” is notorious for taunting his opponents during fights, which was his tactic to provoke them into recklessly attacking, and when they did, Silva would make them miss using head movement, then proceed to make them pay with his exceptional counter striking.

Think we’ve missed anyone? Don’t agree with our list? Let us know in the comments below!