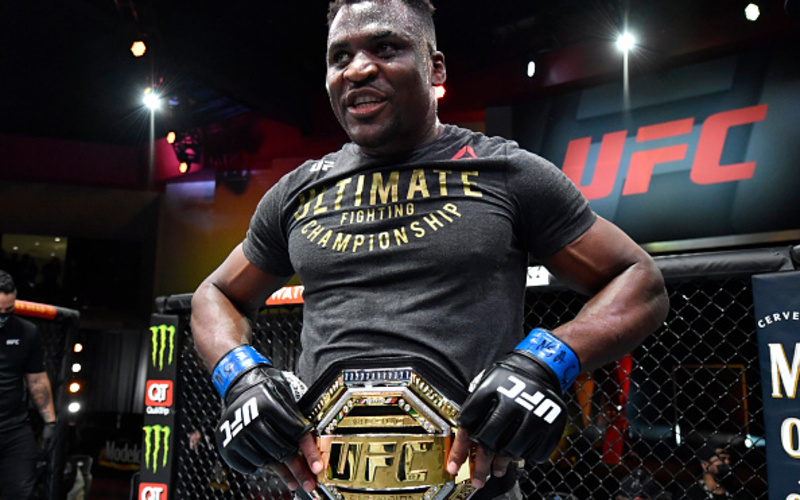 The long-anticipated match-up between Francis Ngannou and Cyril Gane to prove who is the baddest man on the planet is set to finally arrive when the former training partners face off for the undisputed UFC heavyweight title in the main event of UFC 270. Here we discuss the odds and analysis from a betting perspective.

Francis “The Predator” Ngannou finally broke through to claim the heavyweight crown after six years in the UFC when he slept Stipe Miocic in convincing fashion at UFC 260, but was forced to concede an interim heavyweight title bout due to failure to come to terms for a title defense following the win over Miocic, possibly adding fuel to the fire of reported frustrations toward the UFC that has led to some speculation that Ngannou might leave the UFC after his current contract expires.

Cyril “Bon Gamin” Gane’s rapid ascension in professional mixed martial arts and the UFC was punctuated by claiming the interim heavyweight title in a dominant win over Derrick Lewis at UFC 265 where he put on a clinic as he promised.

Gane at 31 is four years younger than Ngannou and he averages 5.37 significant strikes landed per minute (SLpM) with a 57 percent striking accuracy, 2.40 strikes absorbed per minute (SApM) with 62 percent striking defense, 0.71 takedowns per 15 minutes with a 20 percent takedown accuracy, 100 percent takedown defense and 0.3 submissions per 15 minutes, according to UFC Stats.

Narratives heading into this weekend’s main event include the perception that Gane is the more technical striker with better footwork and gas tank but that he could be stopped at any moment by Ngannou’s prodigious knockout power.

Bettors looking to fade Gane or back Ngannou might argue that Gane does not have the same experience in the UFC as Ngannou and that Gane’s value has been inflated by the market due to recency bias and wins over perceived weaker opponents, and that one cannot pass up an opportunity to bet Ngannou at plus money.

Those who see Gane winning believe that Ngannou’s single path to victory is a knockout and point to the fact that Gane has never been knocked out and his movement as reasons to expect Gane to avoid getting sent to the shadow realm and subsequently win the contest.

While there is little doubt that Ngannou has the power to knockout Gane at any point in their fight, we have shared our opinion that Cyril Gane is a transcendent talent in the UFC’s heavyweight division with the attributes to become the Muhammad Ali of mixed martial arts, and have been waiting for months to bet on Gane to beat Ngannou.

Gane’s cardio, striking volume and defense are unprecedented for a heavyweight and we expect his footwork will allow him to dance like a butterfly around Ngannou’s power while peppering the Predator with punches and kicks that will not only win rounds but wear down Ngannou and make him susceptible to getting finished in rounds three, four or five.

MMA betting 101 advises caution in betting on a fighter with a single path to victory, though it has happened and we did predict Derrick Lewis to win as an underdog at UFC Vegas 45. Ngannou’s single path to victory is by knockout and we expect that Ngannou will find it difficult to land a square power punch due to Gane’s masterful ability at managing range.

Aside from technical skills, we perceive Gane as having intangible advantages including mental state and coaching. As Gane rose through the ranks and became more of a threat to Ngannou’s crown, Ngannou was shown giving the cold shoulder to his former teammate and even now has been publicly looking past Gane and the UFC in his musings about facing Tyson Fury in a boxing match, and we perceive this behavior to represent Ngannou possibly being in his feelings a bit, feelings that could include resentment toward the UFC, Cyril Gane’s rise and Gane’s current and Ngannou’s former coach, Fernand Lopez.

Ngannou’s MMA career started at the MMA Factory in Paris under head coach Fernand Lopez with whom he later had a split that seems to have been less than amicable, and Gane having a head coach who helped start his opponent’s career with intimate knowledge of said opponent should confer an advantage in coaching over Ngannou.

This line first opened as Ngannou -190 and Gane +165 and later evened out to a pick but in the past few weeks has been steamed to its current position, and we agree with the line movement and have enough confidence in Gane beating Ngannou that we still perceive value at this number.