Zabit Magomedsharipov’s Return Could Be Near 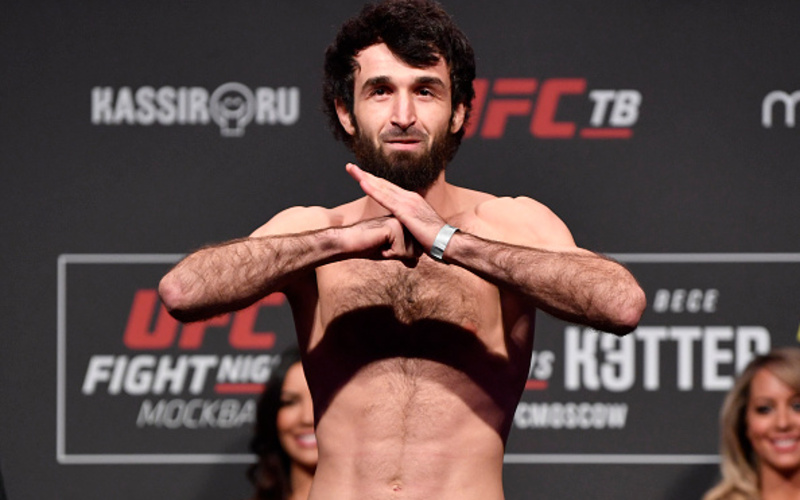 Zabit Magomedsharipov (18-1), the former #3 ranked featherweight, could return to the UFC soon.

Magomendsharipov’s last fight was in November of 2019 where he defeated Calvin Kattar via Unanimous Decision. Since then, the fighter out of Dagestan has not competed due to injuries and health issues. The fighter was also removed from the featherweight rankings due to inactivity.

Magomedsharipov’s manager, Ali Abdelaziz provided an update to Danny Segura of MMA Junkie on the featherweights status. Abdelaziz stated that Magomedsharipov is back training and that the team will be having a conversation with the UFC in the coming week regarding his future with the promotion.

A potential match up to make would be Zabit Magomedsharipov vs. Yair Rodriguez. The pair were originally scheduled to fight at UFC 228 in 2018, but the bout never came to fruition due to injuries. Rodriguez, the current #3 ranked featherweight’s last fight came against the former featherweight champion Max Holloway this past November where he lost via Unanimous Decision. Although Rodriguez lost, the fighter was able to stand toe to toe with the former champion and prove that he is of top contender quality. If the UFC is able to set up this matchup, it would most certainly have the chance to become a Fight of the Year candidates.

Magomedsharipov was first signed by the UFC in 2017 and went on a six fight win streak before his long period of inactivity. The Dagestani fighter has a wide range of styles in his mixed martial arts arsenal. He uses a combination of Taekwondo, boxing, and wrestling to his advantage during fights. He is also a master at using his outstanding footwork to confuse and attack his opponents.

Before Magomendsharipov’s time off from the sport, he was a highly touted contender that many believed would challenge for the title or become the champion one day. It will be extremely interesting to see whether the fighter comes to an agreement with the UFC and how he will fair in the cage after more than 2 years away.