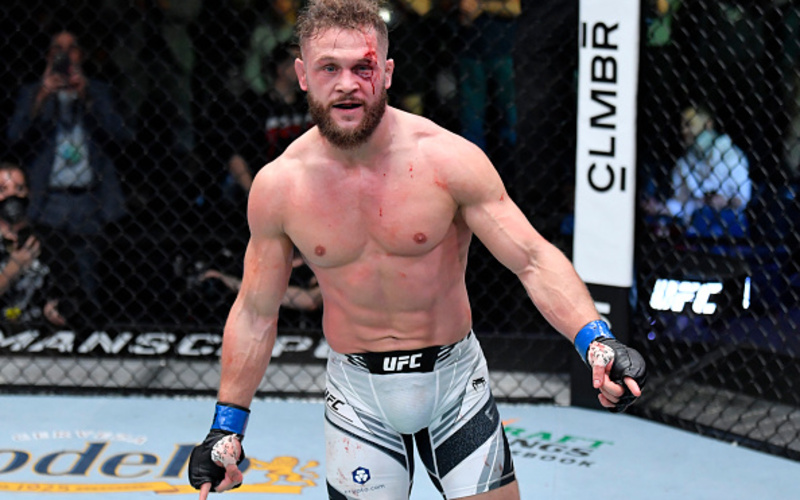 According to a report by MMAFighting.com’s Ariel Helwani, Rafael Fiziev‘s visa will not be approved in time for his five-round main event against Rafael dos Anjos on February 19th. As a result, the UFC has moved the fight to the co-main event slot of UFC 272 on March 5th in Las Vegas. The fight will remain five rounds, becoming only the third non-title and non-main event fight to be scheduled the championship distance.

Fiziev, a former world-class Muay Thai fighter, has been on a roll since losing to Magomed Mustafaev in April 2019, picking up three dominant decision victories as well as two highlight-reel knockouts, launching himself into contention in the loaded lightweight division.

Former lightweight champion Rafael Dos Anjos moved back down to the division in November 2020 after a welterweight stint that including a shot at interim gold. In his lightweight return, he picked up a unanimous decision against Paul Felder. He has twice been booked to compete against Islam Makhachev since then, but fell through both times and has not completed since then.

The promotion has not announced a new main event for next week’s card, although the current co-main event is Johnny Walker vs. Jamahal Hill is the frontrunner to take that spot.

UPDATE: Jamahal Hill has confirmed on his Instagram Live that his fight with Johnny Walker is now the main event, and bumped up to five rounds.

UFC 272 is headlined by another non-title, five-round fight in bitter welterweight rivals Colby Covington vs. Jorge Masvidal. The event takes place at the T-Mobile Arena in Las Vegas, Nevada, in front of a full crowd.