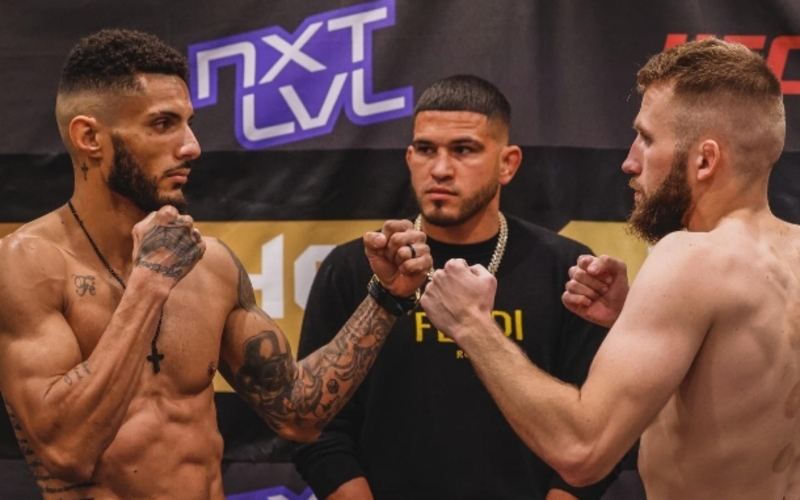 Anthony Pettis’ Showtime FC hosts its inaugural event tonight at the RPF Funding Center in Lakeland, Florida. MMA Sucka brings live coverage of Showtime FC 1 and many more global events.
In the organization’s first ever main event, UFC veteran Jacob Kilburn (8-5) squares off with highly-touted prospect Lucas Alexander (6-2). Since his UFC debut, it has not necessarily been smooth sailing for the 26-year-old Kilburn. In fact, he has dropped three straight to the UFC’s Billy Quarantillo, Austin Lingo and Brandon Jenkins. With that being said, it is safe to never rule Kilburn out of a fight. The Tennessee raised Florida resident is a savage on the feet and has notable knockout power. In his eight pro wins, he’s scored six finishes and has only been to decision three times in 13 pro bouts. Coming off a tough loss at PFL 9, he is seeking revenge at Showtime FC 1. Tonight, Kilburn looks to halt a streaking prospect and earn his first victory since October of 2019.
Lucas Alexander has been a notable name on the Florida regional scene for a few years now. The Fusion Xcel Performance member makes the walk to the Showtime FC cage riding a four-fight win streak, two of which being knockouts. The Brazilian, who resides in the Orlando area, is set for his biggest test yet against the always dangerous Kilburn. With that being said, he is prepared for whatever and looks to make a statement at Showtime FC 1. The 26-year-old is best known for his knockout ability, but is an under appreciated grappler, whether that be offensively or defensively. Overall, Anthony Pettis, matchmaker Dean Toole, and the entirety of the Showetime FC team gave a banger of a headliner to end the night.
Lightweights Ago Huskic (8-3) and Ignacio Capella (6-1) meet in the co-main event. Huskic rolls into this bout winning five of his last seven. The 27-year-old is a knockout artist with a well-developed grappling game to compliment his stand-up. He holds six finishes in his eight wins and has been to decision just four times in his career. The “Bosnian Dragon” has shared the cage with Bellator vet Aaron McKenzie and highly-touted prospect Brant Moore. Coming off a loss at LFA 99, it is safe to say the Bosnian-American is hungry to get back in the win column.
Ignacio Capella stands in Ago Huskic’s way come fight time. Although the native of Barcelona, Spain hasn’t competed since 2019, he’s riding high winning five straight, all by finish. In seven pro bouts, Capella has never been to the judges’ scorecards and gives the fans a treat every time he has been in the cage. The Spanish finisher has five of his six wins by knockout and rarely sees the second round. Without a doubt, this will be an electric bout as we have two warriors battling it out in the Showtime FC cage.
Also on the card are UFC, PFL, and XMMA vet Steven Siler (33-22-1), Fusion Xcel’s Bubba Scheffel (5-0), and knockout artist Logan Woods (3-1).