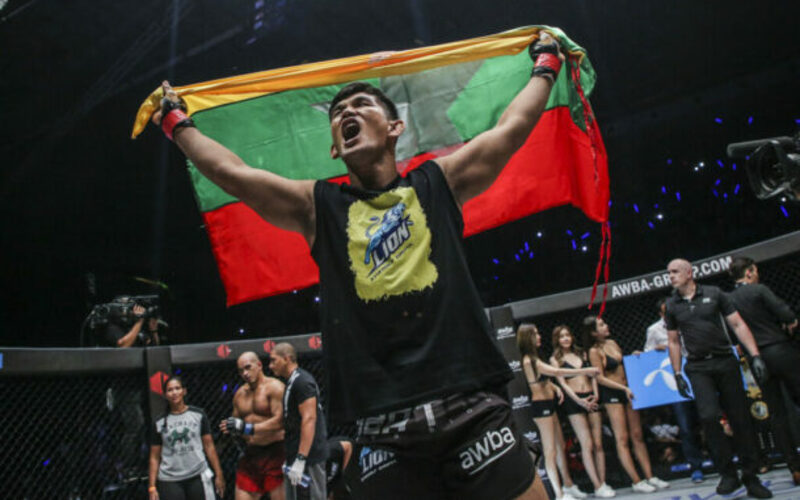 When ONE Championship returns with ONE: Full Circle on Friday, February 25, there will be one bout that embodies the event’s title more than most. Former ONE Middleweight World Champions Aung La N Sang and Vitaly Bigdash will complete their trilogy as both men seek another run at the gold.

And their match will be critical within the division as both men are coming off of impressive victories, while the main event will see Reinier De Ridder defend the ONE Middleweight World Championship against Kiamrian Abbasov.

The two first met in January 2017, when “The Burmese Python” accepted a short-notice title opportunity against the then-king, Bigdash. The thrilling five-round bout ended up in favor of the champion, but Aung La N Sang’s performance earned him another crack at the gold just six months later, and after another five rounds, he was able to wear gold in front of his home crowd in Myanmar.

But if you ask the Myanmar superstar, they are different athletes today.

“I approached this as a brand new fight. It’s not like we fought a few months ago. It’s been five years. But we did go ten rounds, so I know what his strong suit is. I know what his skill set is,” Aung La N Sang told ONE.

The Sanford MMA representative knows that this meeting will be a tough test as Bigdash’s last showing against Fan Rong landed on his radar.

“He’s a dangerous fighter. He’s got submissions, and he’s got striking. I’m very excited he called me out. So we’re going to do a trilogy match,” said “The Burmese Python.”

“He’s always well-rounded. I’m sure everything is a little bit sharper and a little bit cleaner, and a little stronger. His submission game is good. His striking is good. He’s a great opponent. I know in the past few years he’s been training to get better at all aspects. So the fans are in for a treat.”

In preparation for another title bid, the former two-division World Champion has been getting better as well. Following back-to-back losses to De Ridder, Aung La N Sang has emphasized improving his grappling.

But he still has power in his hands, evident by his latest knockout win over Leandro Ataides last July.

“My wrestling has gotten better. I’ve become a little bit more athletic, I have better body awareness, and my striking is going to be better. I’m going to have a little more power than in my previous fight,” said Aung La N Sang.

But in the end, the primary objective for the Myanmar icon is to ensure he never has to face Bigdash again. The intent is to end the bout emphatically.

“It doesn’t matter who’s next. I just want to keep competing and keep getting better. I want the belt back eventually, but it’s up to ONE. I’m not shaving until I get my belt back, and my wife’s getting pretty tired of my beard [laughs].”

On Friday, February 25, the rivalry finally comes full circle to complete the trilogy.