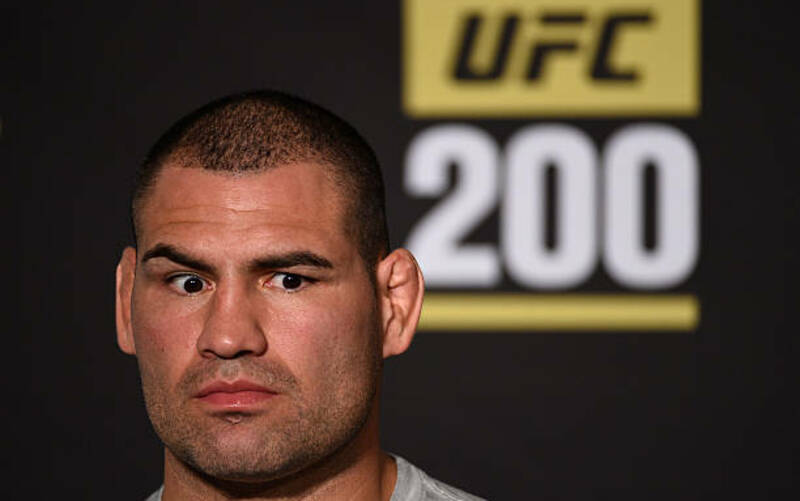 Cain Velasquez, the former two time UFC Heavyweight Champion who defeated the likes of Brock Lesnar, Junior Dos Santos, and Anthonio Silva has been arrested in San Jose, CA for an alleged shooting and has been charged with attempted murder.

The shooting was reported at 3:14 p.m. PT on February 28, 2022 at the intersection of Monterey Hwy and Bailey Avenue with one adult male being shot at least once. The individual who was shot was transported to the local hospital with “non-life threatening injuries”, according to the San Jose Police Media Relations.

Earlier this evening, the same source tweeted that Velasquez was in fact the suspect arrested yesterday in connection with the incident. He was subsequently booked into the Santa Clara County main jail with an attempted murder charge, and he is being held without bail. His court date is currently set for this Wednesday at noon PT.

4/ Cain Velasquez was the suspect arrested yesterday in connection with this incident. He was booked into Santa Clara County main jail for attempted murder.

The motive and circumstances surrounding this incident are still under investigation at this time. pic.twitter.com/bBuuPQytNx

Velasquez trained at the American Kickboxing Academy (AKA), home to the likes of Daniel Cormier, Khabib Nurmagomedov, Islam Makachev, and many more. Out of his 14 wins, 12 were by KO/TKO, making him one of the most dominant and vicious heavyweights of all time. Velasquez was also praised for his outstanding stamina at Heavyweight as he was gifted the nickname “Cardio Cain”.

The former UFC Heavyweight champion has not fought since his comeback fight against the current UFC Heavyweight champion Francis Ngannou back in 2019, where he suffered a brutal knockout loss in 26 seconds. Prior to the Ngannou fight, Velasquez was coming off a three year layoff primarily due to injuries. Velaqsquez then announced his retirement from the sport a few months later in October.

After his retirement, Velasquez began to appear in Professional Wrestling Matches for the promotions Lucha Libre AAA Worldwide and WWE. During his tenure in the WWE, he actually faced and lost to Brock Lesnar at the 2019 Crown Jewel PPV for the WWE Championship belt.

Velasquez’s team has not yet responded with any comments in relation to the event that occured as of this morning.