Renato Moicano Booked for Quick Turnaround Against RDA at UFC 272 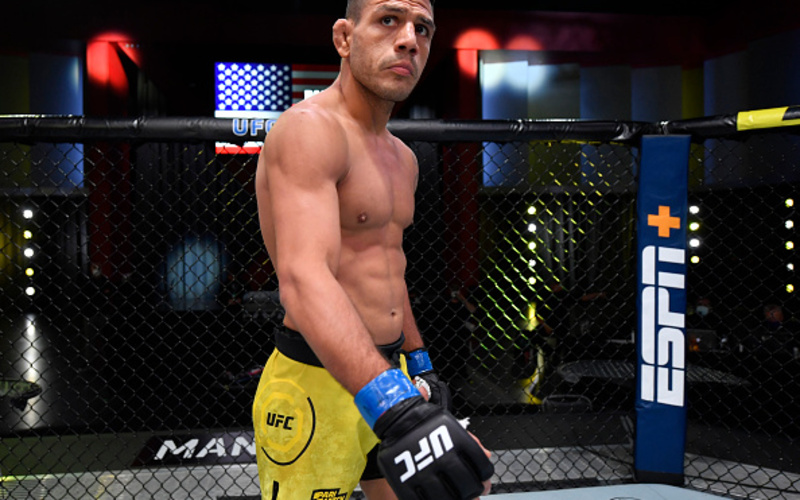 Renato Moicano will get rapid turnaround of three weeks when he steps in to fight Rafael dos Anjos this Saturday at UFC 272 in Las Vegas. MMAFighting.com first announced the fight, which will be five rounds and take place at 160lbs. The fight has been offered by the UFC but not signed, although both fighters have verbally agreed to fight.

The opening for this fight came when Rafael Fiziev dropped out of his planned with RDA this weekend after coming down with Covid. Of course, that fight had already been pushed back two weeks from UFC Vegas 48 to the co-main event of UFC 272.

Now riding his first win streak at lightweight, Moicano submitted Alexander Hernandez at UFC 271 just three weeks ago. He’ll fly from Brazil to Las Vegas today to attempt to make weight for this catchweight fight. It’s unknown how a win over RDA at 160lbs would affect his status in the lightweight rankings, but a victory would be the biggest of his career.

Dos Anjos has faced numerous fight cancellations with Islam Makhachev and Rafael Fiziev over the past year, not fighting since November of 2020 in a decision win over Paul Felder. The 37 year-old former champion still holds the number six spot in the UFC lightweight rankings.

UFC 272 is headlined by a grudge match between welterweight contenders Jorge Masvidal and Colby Covington at the T-Mobile Arena in Las Vegas.