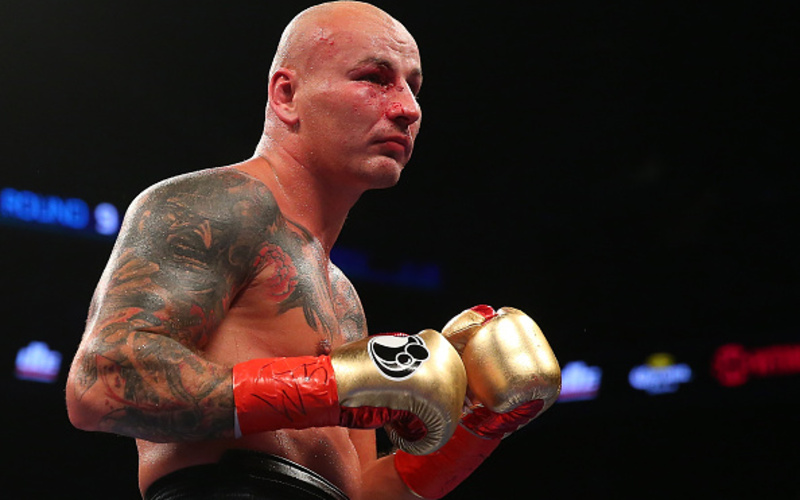 KSW has signed former WBC Heavyweight title contender Artur Szpilka, who was in promotion’s sight for a couple of years.

The topic of Szpilka’s transfer to Mixed Martial Arts was in and out through the years, but lately, the heavyweight boxer himself brought it to the public’s attention. He stated on social media that he had enough of boxing and is willing to make a jump to MMA. Yesterday the Ukrainian boxer and MMA fighter Serhiy Radchenko revealed that he was contacted by KSW with a proposal for a fight against Szpilka. Finally in his most recent interview with a WP Sportowe Fakty, co-owner of KSW Martin Lewandowski confirmed that Szpilka became a member of the promotion’s roster.

“I can say that Artur Szpilka is already our fighter. I would like him to make his debut this year, but we must take into account other offers that came to him. I hope that his premiere fight in our KSW cage would take place at the beginning of the second half of the year.”

He also revealed that in the case of Szpilka, Mixed Martial Arts is the only form of ruleset being considered.

“There were various offers from his team, but from the very beginning, we were sure that the only option was MMA. I hope that ‘Szpila’ will successfully undergo this metamorphosis and become a competitor in Mixed Martial Arts. He took a responsible approach, he trains at the WCA gym, he is a friend of Michał Materla. Simply put, he has someone to learn this sport from.”

One thing is for sure: Szpilka will compete in the heavyweight division. The question remains whether he will combine appearances in KSW with fights for other promotions. It is still being discussed, according to Lewandoski:

“This matter is being negotiated. I want him to be only at our disposal because it puts me in a comfortable position as a promoter. I want to plan his fights in advance and with a certain concept. Performing for other promotions can shake all this up. I hope that he will stay in KSW for good and we will have comfort from him.”

One of the potential opponents of “Szpila” could be the aforementioned Radchenko. The Ukrainian boxer faced the Pole in March 2020 at the Knockout Boxing Night, with the victory being awarded to Szpilka via a debatable decision. Interestingly, Radchenko has three MMA fights under his belt, with two wins and one loss.

“We are conducting talks, but we are only after preliminary arrangements. Let us remember the situation in Ukraine. Leaving this country is currently difficult and we must take this into account. Radchenko is one of the options for Szpilka. We also take into account others,” Lewandoski said.

Artur Szpilka has a 24 – 5 professional boxing record, spreading through both junior heavyweight and heavyweight divisions. In January 2016, he fought Deontay Wilder for the WBC World Heavyweight belt and lost by knockout in the 9th round.

Lewandoski finished with saying, “We remember his past. He is entering KSW with boxing achievements and we will get interesting fights. I think that with time he will go deep into MMA and we will be pushing his career more aggressively.”