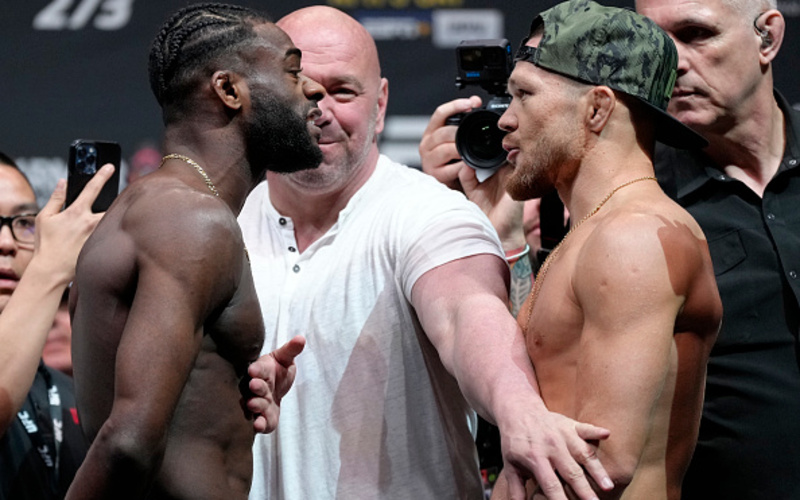 Petr Yan and Aljamain Sterling will finally reconvene this Saturday at the co-main event of UFC 273 for their highly anticipated rematch following one of the most controversial title fights in UFC history when Sterling claimed the Bantamweight belt after Yan was disqualified due to an illegal knee at UFC 259.  Here we discuss the odds and analysis from a betting perspective.

Catch the event live on ESPN+ and you can sign up here.

Petr “No Mercy” Yan has been relentless in his efforts to reclaim the division crown and in his trolling of Sterling since their first fight.

Aljamain “Funk Master” Sterling has not stepped in the Octagon in over a year, having postponed a potential rematch with Yan at UFC 267 after electing to have surgery to repair nerve damage in his neck.

Sterling has a four inch reach advantage over Yan and averages 4.84 significant strikes landed per minute (SLpM) with a 49 percent striking accuracy, 2.20 strikes absorbed per minute (SApM) with 63 percent striking defense, 1.77 takedowns per 15 minutes with a 24 percent takedown accuracy, 41 percent takedown defense and 0.1 submissions per 15 minutes, according to UFC Stats.

The prevailing narrative heading into this bantamweight championship clash is that Petr Yan was completely dominating Sterling in the later rounds of their first fight, that Sterling had no chance to win and that he played up his reaction to getting kneed while grounded as this was his only path to victory.

You lost your dignity when you cried to get the belt idiot 🤦🏻‍♂️ https://t.co/mdXpTTZE2n pic.twitter.com/3Mqs7dinR9

The court of popular opinion has determined that Sterling has no chance against Yan, a perception that may be reflected in this significantly wide line, and that Yan will show no mercy and most likely finish the Funk Master in the later rounds.

Prior to their first fight, Yan closed as an underdog at some books to Sterling. No matter how dominant Yan looked by the time of his illegal knee in their first fight, the line movement from near even to now Yan being a -490 favorite is a huge overreaction that is teeming with recency bias.

Yan could absolutely beat Sterling fair and square in their rematch but at these odds all the value resides on the Sterling side, and since Yan has never been finished in his pro career, Sterling by decision at +800 might be the best value for anyone considering to take a flyer on him.

Sterling came out firing with high volume and Yan started slow in their first match, and this discrepancy in output may have been a factor in how the fight went in later rounds. Expect a different strategy from Sterling in the rematch, one that conserves cardio, minimizes risk and might even put Sterling in a position to shock the world in a contest that goes the distance.

Be on the lookout for more coverage on UFC 273 and live results this Saturday.