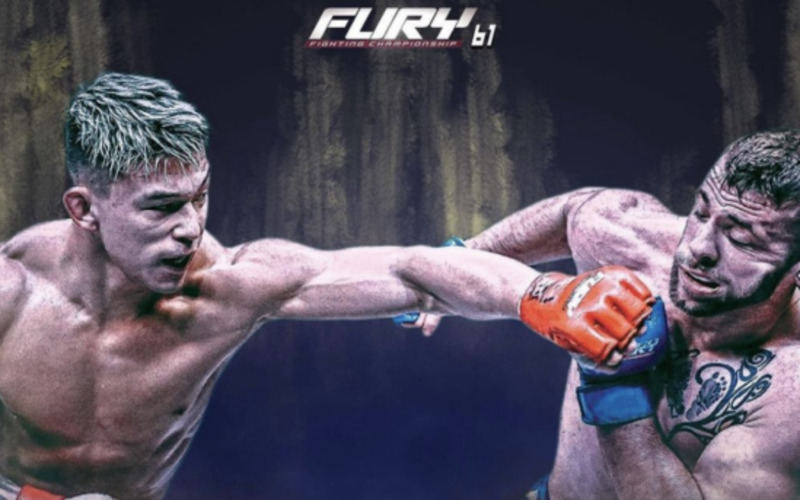 Fury FC 61 is set to take place this afternoon live from the Bert Ogden Arena in Edinburg, Texas. Sunday’s show will be headlined by a bantamweight tilt between rising prospects Nate Smith and Anthony Canzano.

Smith (6-3) enters Sunday’s fight looking to snap a three-fight skid, though two of his losses have come against UFC veterans Victor Altamirano and the recently retired Jimmy Flick. Three of Smith’s wins have come via rear-naked choke and he’ll be looking to right the ship and potentially sink in another choke on Canzano (6-1). Canzano will, conversely, enter Sunday’s main event riding a three-fight streak with stoppage wins against Taylor Alfaro, Nathan Lindsey and Austin Childers. He’ll be looking to stop Smith, whose previous two defeats have come by way of unanimous decision.

The co-main event will be contested between another pair of bantamweights: Sam Guardiola and Peter Caballero. The 32-year-old Caballero (9-5) will be looking to put a stop to Guardiola’s recent string of success. Guardiola has won seven consecutive fights since dropping pro debut, and five of his seven wins have come by way of submission. However, the local favorite got a unanimous decision nod over Spain’s Andoni Sorando in his last fight, and should be ready for wherever the fight goes against Caballero. Both fighters will be making their Fury FC debuts.

Sunday’s card will is set to begin streaming at 2:30 p.m. ET/11:30 a.m. PT over on UFC Fight Pass. Fight fans can catch the preliminary bouts over on the Fury FC Facebook page.

Peter Caballero def. Sam Guardiola via Submission (RNC) at 2:04 of Round 3

Evan Cutts def. Chris Pecero via Submission (RNC) at 1:56 of Round 2

Darren Whitney def. Francisco Javier Castillo via Submission (Modified Rear-Naked-Choke) at 1:15 of Round 1

Tedrick Macklin def. Juan Carlos De Leon via Submission (RNC) at 3:57 of Round 1

Isaac Moreno def. Johnny Pantoja via TKO at :17 of Round 1

Joel Bauman def. Reese Forest via TKO (strikes) in Round 2