Five UFC Prospects To Look Out For In 2022 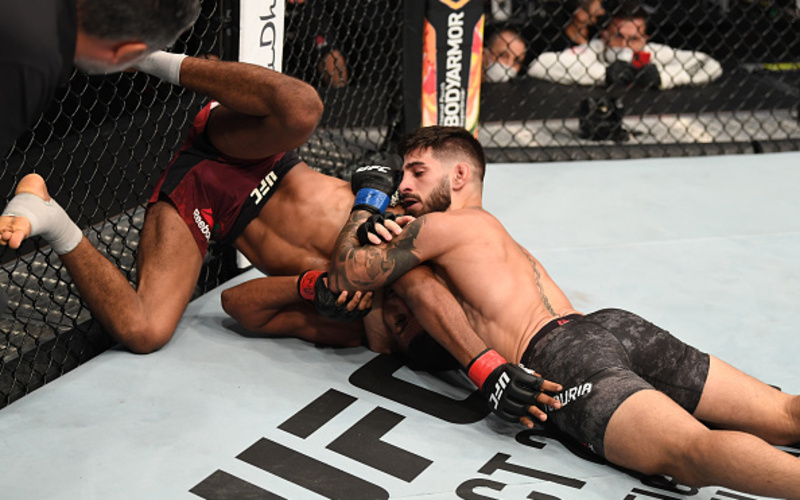 There will be no shortage of great fights in the next twelve months and with them comes an abundance of fresh-faced fighters looking to make a name for themselves in the UFC. Liverpool’s own, Paddy ‘The Baddy’ Pimblett is the latest UFC newbie to become a legend in the game after just two wins with Dana White claiming that Pimblett has all the potential to become a ‘huge superstar’. Here we’ve outlined five others who are hoping to follow in Pimblett’s footsteps and have everything in their power to do so. With at least seven more UFC bouts coming up this year, there’s plenty of opportunity for these up-and-coming fighters to make an impact and with comparison sites such as oddschecker who offer free bets as a welcome bonus to new customers, you can see who the experts have got their eye on too.

Despite being a two-time kickboxing world champion, with 40 fights to his name and 21 wins coming by way of knockout, Alex Pereira maintains a relative newbie in the world of UFC. He entered the UFC for the first time in just November of last year with a bout against ‘The Spartan’, Andreas Michailidis, who Pereira took care of with a devastating KO in round two. Many felt like they knew what to expect from Pereira as a result of his kickboxing career, yet they were left very surprised by his talent in the other fields of MMA, for instance his grappling skills. He had a second fight in March of this year in which he was again victorious, with a unanimous decision win over Bruno Silva. Fans and pundits alike are very excited to see what Alex Pereira will do next.

Ilia Topuria is another fighter who’s desperate to make a serious name for himself in the UFC. ‘El Matador’, the German-born Georgian fighter, had a lot to prove in his bout at UFC 264 against Ryan Hall and boy did he deliver with an iron-fisted KO in the first round. He then went up against Jai Herbert earlier this year who he took care of in similar fashion with a brutal punching knockout in the second round. Topuria has fought across the world, initially learning martial arts in Alicante, Spain. He then signed with Brave Combat Federation and made his debut in Bogota, Colombia, before claiming a second victory and joining the UFC. With 12 fights and 12 wins, Topuria is currently ranked number 15 in the UFC featherweight rankings, and many are expecting him to push for a title fight later this year so keep your eyes peeled on Ilia Topuria.

At just 23-years-old, fighting by way of Elmwood Park, New Jersey, Erin ‘Cold Blooded’ Blanchfield is also ranked number 15 in the UFC flyweight rankings following two devastating victories against Sarah Alpar and Miranda Maverick respectively. The former Eddie Bravo Invitational champion may be young and fresh-faced, but she displays talent way beyond her years. Her only loss came from Tracey Cortez in 2019, however, it was a controversial split decision that many believe was the wrong call entirely. As we delve further into 2022, Erin Blanchfield is another fighter to keep your eye on. Young and hungry to cement her status as a UFC great, Blanchfield has everything going for her and time is certainly on her side.

Born in Wales back in 1995, Jack ‘Tank’ Shore boasted a record of 15 fights and 15 wins before going into his fight against former European Pankration gold medalist, Timur Valiev, just two months ago. It was set to be the biggest challenge of his career to date and the Welshman proved himself in the bout and sent a serious statement to those who questioned his skills. Shore is thought to be one of the most well-rounded fighters in British history and numerous fighters have pulled out of bouts against him due to unknown reasons. With one Performance of the Night’ accolade to his name, and with 16 out of 16 wins, four by way of knockout, the Tank fighting out of Abertillery, Wales will be looking to secure another huge bout this year to catapult his name into the headlines of UFC news. Watch this space.

Following a unanimous decision victory over Jennifer Maia in March of this year, the 32-year-old Manon Fiorot secured herself the ranking of number six in the UFC women’s flyweight decision. That being said, the Frenchwoman won’t be settling down until she bags the number one spot, currently held by the Kyrgyzstani-Peruvian, Valentina Shevchenko, who goes by the terrifying nickname, the ‘Bullet’. Fiorot has already had a very successful life in sports. When she was a child, Fiorot got invested in snowboarding, going on to become the French snowboard champion while still in school. She then moved on to karate, a sport she initially began at age seven. She was then accepted into the French team before trying her hand at kickboxing and Thai boxing and then eventually Muay Thai. With four fights and four wins in her UFC career, two by way of knockout and two unanimous decision victories, there’s plenty more to come from Manon Fiorot so keep your eyes open as ‘The Beast’ looks to secure more top-class victories in the latter months of 2022.

While these are our five picks, there are a number of other fighters who are desperate to prove themselves to the fans, the coaches, and the UFC as a whole. Fighters such as the number six ranked heavyweight Tom Aspinall who landed a first-round submission victory earlier this year, as well as Ireland’s new prospect, Ian ‘The Future’ Garry, who’s had two fights in the UFC and two big victories. With Volkov vs Rozenstruik and Teixeira against Prochazka already booked — and even the ‘Notorious’ Conor McGregor teasing a fight for later this year, one thing is certain, the 2022 UFC calendar has every reason to be a serious serious year for the Ultimate Fighting Championship both in the Octagon for the prospects, and at home for the fans.