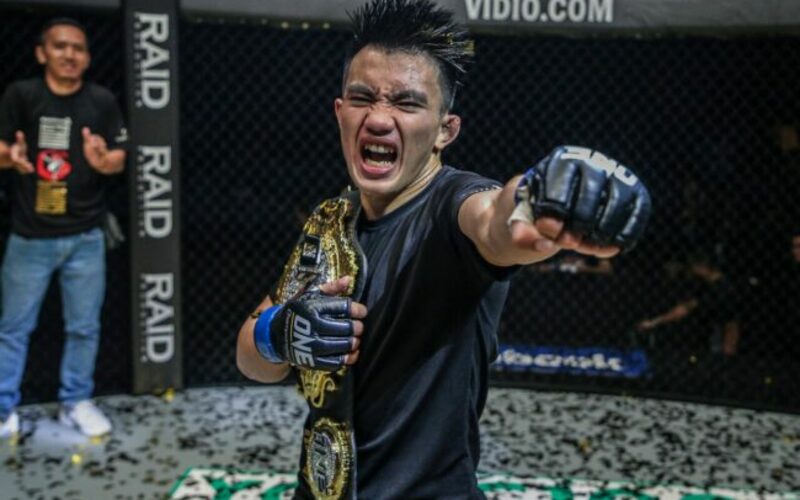 Jarred Brooks now has his date with destiny as Sports Illustrated reported ONE Championship has settled on Friday, June 3, for his highly-anticipated strawweight title bid.

At ONE 158, ONE Strawweight World Champion Joshua Pacio will welcome Brooks to the Circle for the first meeting between the budding rivals.

Brooks burst onto the scene in ONE with a victory over Pacio’s teammate, Lito Adiwang. The outspoken American was quick to call out Pacio and begin laying the groundwork for the match.

Brooks took his next step forward with a victory over Hiroba Minowa before meeting Bokang Masunyane in a title eliminator at ONE 156. The swift first-round submission left Brooks unblemished and ready for the quick turnaround.

“I’ve been thinking, sleeping, and breathing the fight game for my entire life. And to win the belt would mean more than life itself,” Brooks told SI.

“While I do think Joshua has some really great capabilities, I don’t think he has the same heart as me, he doesn’t have the same will or determination to win that I have. My prediction is that I’m going to submit Pacio in the first or second round. I will be the next ONE Strawweight World Champion.”

But Pacio will not be easily dethroned.

The two-time ONE Strawweight World Champion has won eight of his last nine and has three consecutive title defenses since reclaiming his gold against Yosuke Saruta.

Pacio has shown his well-rounded skill set in every meeting, but Brooks will be his toughest test to date. The matchup will be more than just another title defense as the Filipino has a chance to validate himself against one of the most recognized athletes in his division.

The incredible battle will headline ONE 158 on Friday, June 3.