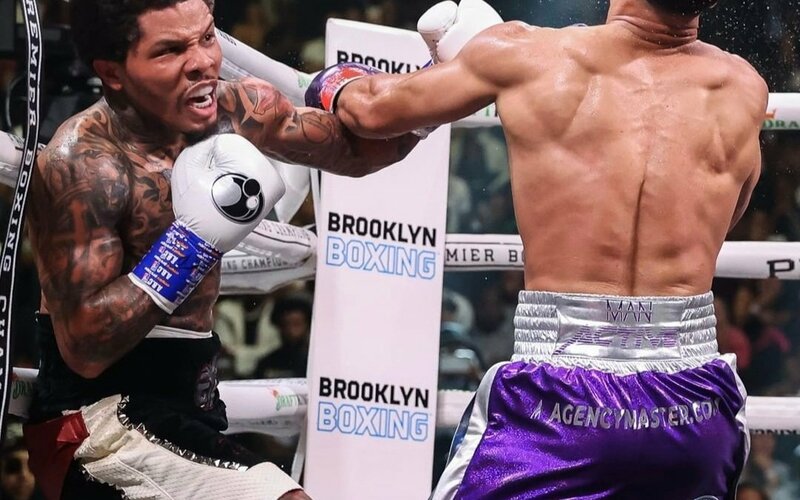 For as much bad blood, and promises of a first round knockout, Rolando ‘Rolly’ Romero fought a very disciplined and smart fight against Gervonta ‘Tank’ Davis.

Utilizing his physical advantages over the Baltimore star, Romero used his reach with a very effective jab to keep Davis in range and doing much of anything offensively.

However all it takes is that one perfectly timed counter punch to seal the deal and ‘Tank’ did just that, landing a huge left hook to Romero’s face as he leaned in to hit Davis who was against the ropes.

Tank Davis bringing back memories of the Marquez counter punch KO against Pacquiao in their 4th fight, what a punch, what a finish, WOW #DavisvsRomero #ShowtimeBoxing #Boxing https://t.co/0ct65pLqrS pic.twitter.com/NTUHqrPQoA

Romero opened the fight by using the jab as both a range finder and a way of throwing Davis’ attempts to get inside and land his patented left hands and uppercuts. It worked very well for ‘Rolly’ as the fight went on as it made Davis circle the ring more than he would have liked to in order to find opening to land rather than bully his opponent as he usually does.

The fight by no means was a clean affair either, as Romero on a few occasions was given warnings about using his elbows repeatedly, as well as throwing Davis down to the floor after landing a clean right hand at the end of the second round, luckily for Romero no point was taken off for the repeated offenses.

‘Rolly’ had plenty of confidence going into the halfway point of the fight in the sixth round as he looked much more open to attacking Davis head on and kept pushing Davis against the ropes, looking to unload strong combinations, however it was there that Davis measured ‘Rolly’ enough to unload a vicious left hand to Romeros face that sent him face first down to the canvas.

Romero did beat the count in time to get to his feet, but the referee didn’t approve of Romero’s posture as his legs were shaky and nearly buckled, which made it hard for Romero to give responses to his instructions, so the fight was stopped, giving ‘Tank’ another highlight to his career that is known for show stopping performances.

What is next for Gervonta ‘Tank’ Davis?

This was Davis’ last fight contractually with Mayweather Promotions, and now having defeated his long time foe and still the WBA (regular) lightweight champion the door is wide open for Davis to seek big fights should he leave and become a free agent.

A fight with Ryan Garcia, who was there last night, seems to be the most anticipated bout for both young lightweight stars’ trajectories, or perhaps even see who wins between George Kambosos Jr and Devin Haney in their undisputed lightweight championship fight, though both men agreed to a two fight deal it would be quite a long time before ‘Tank’ gets a shot in.

Tank did not mention any fighters in his post fight interview so one can only assume who is on the mind of the WBA champion heading forward.