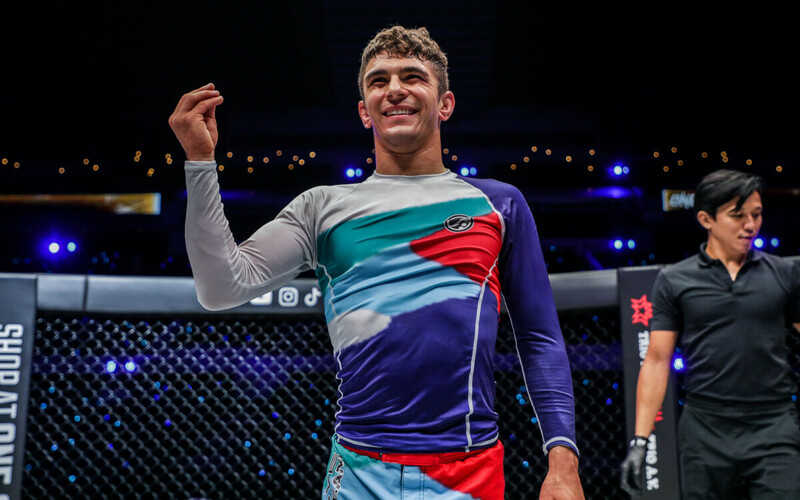 Mikey Musumeci has taken the grappling world by storm, and now the talented 25-year-old is able to showcase his skills on a global stage by being in ONE Championship.

The New Jersey native recounted his days as a youngster in an interview with ONE. Musumeci was very active in all sports before settling on his true passion.

“New Jersey was a really cool place to grow up. I was very close with my parents. I would play outside every day – football, soccer, baseball with kids in the neighborhood,” said Musumeci.

“In New Jersey, there’s a lot of woods, so we would always be in the woods, playing. I was super active. During winter, it was a lot of fun because we get to play snowball fights, making igloos, things like that.”

His introduction to martial arts came early. Noticing his enthusiasm while watching his father train Muay Thai, Musumeci was enrolled in Muay Thai and Brazilian Jiu-Jitsu classes at the age of 4. It wasn’t long before he stepped onto the mats in a competitive fashion.

“I competed in my first competition when I was 4 or 5 years old in New Jersey. I remember doing this match, and I beat the kid but went off the mat crying into my dad’s arms saying, ‘I don’t wanna fight anymore,’ because it was so scary,” recounted Musumeci.

“I was horrified. And then, I just kept training for so many years until I was 10 or 11 years old, and my whole family moved to Florida.”

It was in Florida where his focus shifted to BJJ exclusively. Rigorous training led to lifestyle changes for the promising young talent. However, those challenges were embraced as Musumeci always had his sights set on becoming one of the best grapplers in the world.

“It was a lot of sacrifice, and there were times when I got older, I was thinking, ‘Is this the right thing to do? Why shouldn’t I have lived my teenage years, have friends, and have a normal life,” said Musumeci.

“But now, looking back, it was worth the sacrifice because of my position in life. The dedication and sacrifice I learned at that age made me who I am today.”

Passion has been what has led Musumeci to the top of the sport.

Although the bright prospect had a scholarship to law school, he chose to pursue BJJ to see how far he could take his dream. It is a lesson in believing in yourself, putting in the work, and following your passion.

And being true to himself has led him to ONE, where he can embrace the martial arts spirit while having a global platform to show his craft.

“The thing I like about ONE, very much, is the culture. In America, the culture is a lot about talking crap. It’s not about respect and honor like in martial arts. And the problem with that is we are competing and sparring in front of the next generation. So how are they going to behave? Horribly,” said Musumeci.

“Any competition I do, any titles I have won, it’s awesome, but next year, someone else might win it, and the question is, what would last from what I’ve done? If it has a positive impact, then I would have a purpose to live because I impacted somebody’s life.”

“For me, that is everything. It isn’t about money, it’s just about having a good impact on the next generation.”