Tommy Fury out of Jake Paul Fight, Hasim Rahman Jr to Step In 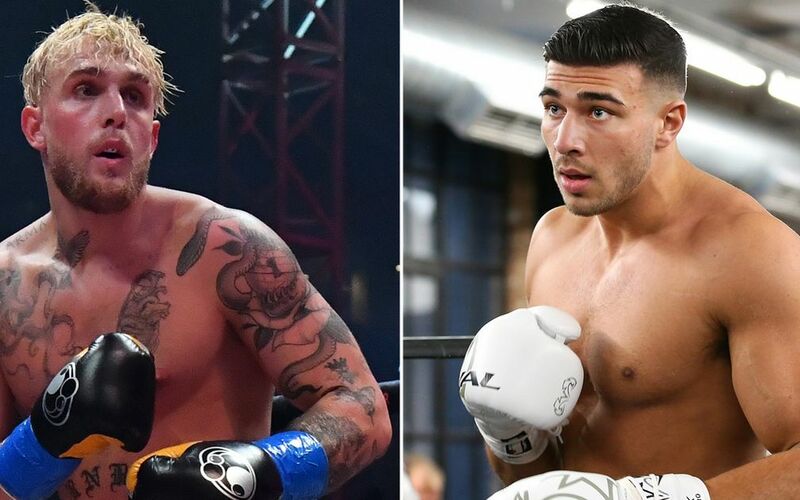 Tommy Fury is yet again out of the Jake Paul fight which was set to take place on August 6th from Madison Square Garden. Like Tony Ferguson vs. Khabib Nurmagomedov and more recently, Donald Cerrone vs. Joe Lauzon, the fight seems cursed. This is the second time Fury has pulled out of the fight, having previously had to withdraw due to broken ribs in December.

Fury’s received a termination notice. MVP did everything it could 2 help him & team. He wasn’t interested & he literally went into hiding.

2nd time in a row he has pulled out.

Why is the Fight off?

We got the news last week that Tommy Fury was unable to get a visa to enter the USA for his scheduled press conference with Jake Paul. It is widely rumoured that his visa was denied due to his older brother, heavyweight champion, Tyson Fury‘s links to Irish cartel boss and wanted man, Daniel Kinahan. Tyson has been denied entry multiple times to the US for this reason and it appears as if Tommy is now suffering the same fate.

With Fury unable to enter the US, the fight cannot go ahead and therefore, Paul has had to find a new opponent for the August 6th card.

Stepping in will be the son of former heavyweight champion, Hassim Rahman. Rachman sr is arguably best known for upsetting Lennox Lewis in 2001 having entered the fight a huge underdog and knocking out the Brit to claim the heavyweight belts. He’s faced names including Evander Holyfield, Wladimir Klitschko and Alexander Povetkin.

It’s Rachman’s son, Hassim Rahman Jr who will be making the walk against Paul on August 6th. The 31-year-old holds a 12-1 professional record and is coming off his first career loss in April.

The pros of Rahman stepping in are that finally, Jake Paul will be facing an actual professional boxer. Rahman has more experience than Tommy Fury, with 13 fights in comparison to Fury’s eight.

The cons of Rahman are that he is a former sparring partner of Jake Paul’s. Many on social media have claimed that Rahman will ‘take a dive’ against Paul for a payday. We won’t know if this is the case until fight night, however, so we’ll have to wait and see. Rahman has also only fought three people with a winning record.

🚨BREAKING: According to reports, @jakepaul WILL FIGHT @_HasimRahmanJr on August 6th, replacing @tommytntfury

Rahman is a former sparring partner of Paul's and holds a professional record of 12-1 🥊#Boxing #PaulFury #JakePaul #HasimRahmanJr #PaulRahmanJr pic.twitter.com/e92i0yNIP8