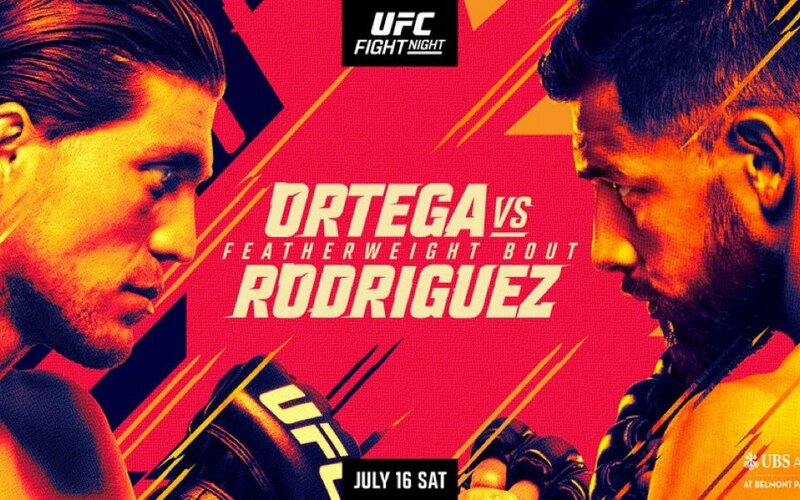 Speaking on the MMA Hour, Saturday night’s headliner, Yair Rodriguez revealed that he’d be the next title contender with a win. Taking on Brian Ortega in the UFC on ABC 3 (also known as UFC Long Island) main event, Rodriguez has a little added motivation. The champion of the featherweight division, Alexander Volkanovski admitted that he’ll need surgery on an injury sustained mid-fight at UFC 276, however, on his return, he’ll stand across from Rodriguez if the Mexican can get his arm raised on Saturday.

Yair Rodriguez tells @arielhelwani that he's been told he's getting a title shot if he defeats Brian Ortega this Saturday. #TheMMAHour

Saturday night’s main event will mark the fifth time that Brian Ortega will headline a UFC bout, having twice headlined in title opportunities before. Firstly, he came up extremely short when he took on Max Holloway at UFC 231 in one of the most dominant performances we’ve ever seen. Holloway out-boxed Ortega, never looked in danger and ultimately got his hand raised.

His second title opportunity came against the current champion, Volkanovski, in his last outing. Aside from a deep guillotine attempt and tight triangle in the third round, Ortega was largely outclassed against the Australian. It’s going to take more than just one win against Rodriguez to get another shot at gold.

‘El Pantera’ has headlined five UFC cards and UFC on ABC 3 is set to be his sixth. He’s never, however, fought for the title. His last outing against Holloway in November was in the question for the fight of the year. The two went back and forth for 25 action-packed minutes, attempting a total of 817 strikes combined. The fight realistically could have gone either way although ‘Blessed’ got his hand raised.

Rodriguez has revealed that he will be the next challenger for Volkanovski if he can get through Ortega in Saturday’s main event. It’s certainly a very big ‘if’, however, it’s a massively motivating factor for the Mexican star.

The MMASucka podcast crew discussed this weekend’s main event as well as a whole host of other interesting topics on this week’s podcast, check it out: