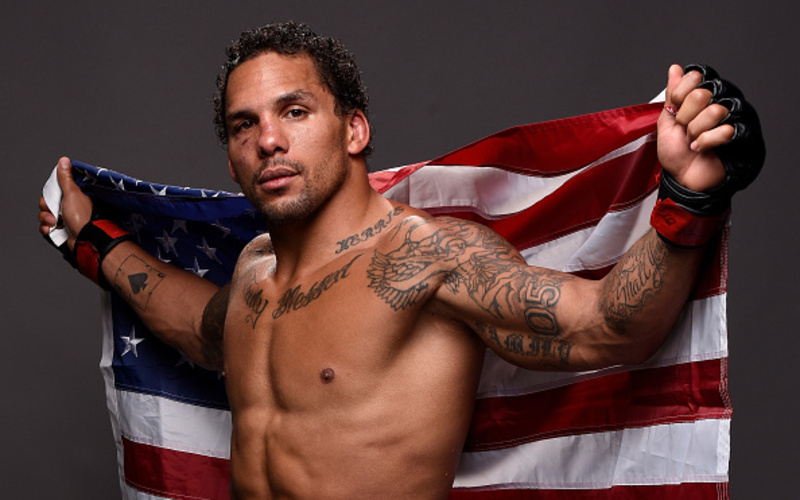 UFC middleweight Eryk Anders is stepping out of the Octagon and into the ring, as he will represent Team USA in kickboxing at The World Games 2022.

Much like the Olympics, the World Games takes place every four years and is the premier athletic event for sports that are recognized by the International Olympic Committee but not yet a part of, or recently became a part of, the Olympics. Including sports like Parkour, Drone Racing, Lifesaving, and others, the martial arts that are a part of the event are Karate, Sumo, Wushu, Ju Jitsu (not to be confused with Brazilian Jiu-Jitsu), Muaythai, and Kickboxing.

“Ya Boi” Eryk Anders lives in Birmingham, Alabama, where The World Games 2022 is taking place. The USA Team, previously consisting of fighters Lillie Helton (52kg), Amanda Ginski (70kg), and Austin Bybee (75kg), has been training out of Spartan Fitness/SBG Alabama in preparation for the event. When Anders is not in fight camp at Fight Ready in Arizona, he trains at the gym alongside fighters like UFC heavyweight Walt Harris. With Team USA not having a competitor for the 91+kg division, the team asked him to join the roster and fight later this week.

This is an especially interesting development, as the UFC rarely allows their athletes to compete in striking-based events outside of MMA competition. Recent UFC signee Melissa Martinez, for example, was scheduled to represent Team Mexico in the 52kg before signing with the promotion. Even while many compete in Brazilian Jiu-Jitsu events, the UFC often requires that their athletes are not subject to leg lock submissions. This could mean one of two things. First, he could have been cut from the UFC and free to compete in events as he chooses. The other, more likely, scenario is that he received special permission from the UFC to compete in the special event.

Action begins Wednesday, with Anders set to compete at 6:00pm ET/3:00pm PT. The event can be seen on The Olympic Channel and streamed online.