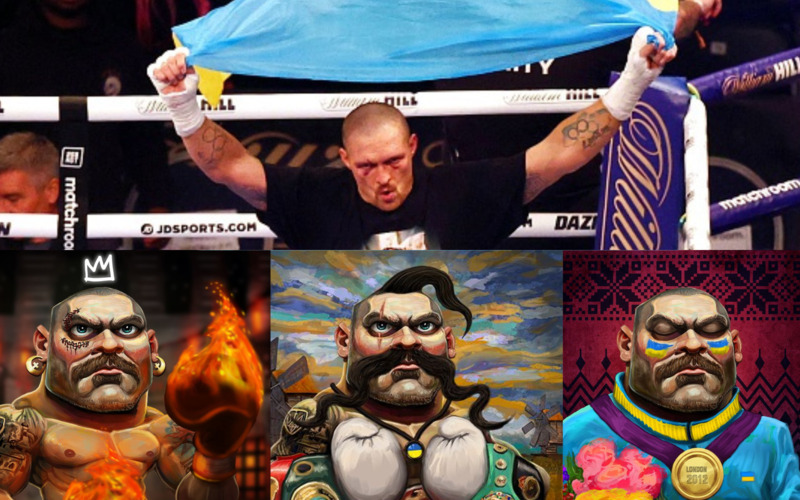 Ukrainian Heavyweight World Champion Oleksandr Usyk has launched an NFT Collection to raise money for his home nation. The professional boxer has teamed up with the UK-based NFT platform Blockasset in an effort to raise $2,000,000. The money will go to the Usyk Foundation which will support vital humanitarian work for his homeland of Ukraine.

Oleksandr Usyk’s NFT collection launched just weeks ahead of his title rematch against former champion Anthony Joshua. The English-born Joshua will look to earn his titles back against the undefeated Ukrainian Usyk on August 20.

For more information regarding the NFT collection, Ukraine, and Oleksandr Usyk, please refer to the press release below:

Ukrainian heavyweight champion Oleksandr Usyk launches NFT collection with Blockasset bidding to raise $2,000,000 for his homeland ahead of rematch with Anthony Joshua

Current WBA, WBO, IBF and IBO Heavyweight Champion of the World, Ukrainian Oleksandr Usyk is teaming up with UK-based sports NFT platform Blockasset to launch an exclusive digital artwork collection in a bid to raise $2,000,000 for the Usyk Foundation, supporting vital humanitarian work for his homeland.

Speaking ahead of his upcoming world title rematch against Anthony Joshua, Usyk said, “I appreciate the opportunity to link up with blockasset, who I regard as the Heavyweight Champions of sports NFTs. I’m a big fan of Dosbrak’s art, and it has been a pleasure to collaborate on this initiative, which I am sure will raise a considerable amount for our foundation.”

Speaking exclusively to Blockasset, Usyk touched on his motivation and preparation ahead of his upcoming world title defence, “Compared to war, boxing is child’s play. War is a terrible thing, which I would not wish on my worst enemy. My thoughts, as much as possible, are to be prepared well for the Joshua fight and to be able to glorify again my god Jesus Christ and my native land.”

Blockasset’s latest NFT collection will pay tribute to a number of key moments throughout Usyk’s career, including his victory over Anthony Joshua in London as well as the Ukrainian’s infamous character and love for his country.

The campaign is aiming to raise $2,000,000 from the sale, with proceeds being donated to the Usyk Foundation, the fighter’s charitable organisation directly providing humanitarian aid to fellow Ukranians most in need, in the form of shelter, medical items, food and hygiene items.

On behalf of Blockasset, Paul Evans, CEO said, “We’re delighted to be able to help Oleksandr raise funds for the Usyk Foundation through our latest NFT drop. We’re very confident that by bringing blockchain communities together, we can make a substantial contribution”.

A number of rare physical items, such as signed original Dosbrak prints and autographed Oleksandr Usyk gloves will be awarded to holders of the rarest NFTs from the mint.

Eluding to the success with Blockasset’s recent Legends and Smesh Bros. drops, Evans continued, “We made history with our previous NFT drops, with Legends setting the record for the highest-grossing sports NFT drop on Solana and Smesh Bros. selling out in record time. Working hand-in-hand with Oleksandr, we will make further history and support the vital work of the Usyk Foundation”.

For more information on Boxing, Kickboxing, and MMA, keep your eyes locked on MMA Sucka.