5 Questions Ahead of Joshua vs. Usyk 2 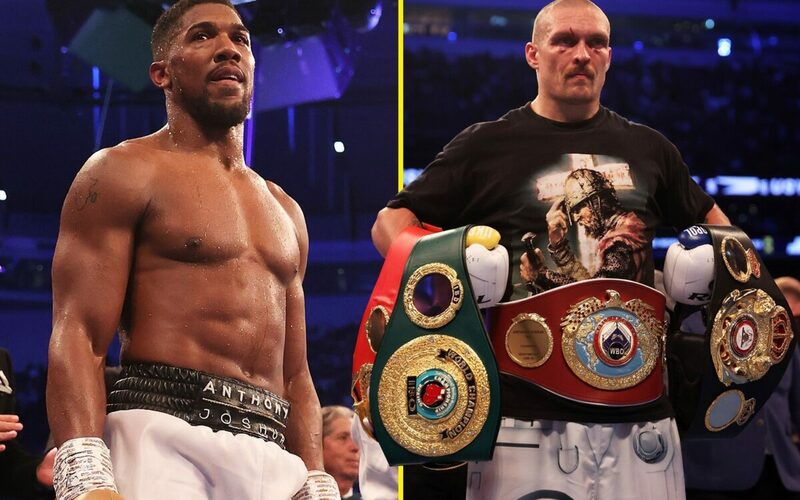 One of the most anticipated rematches in heavyweight boxing history goes down (albeit controversially) from Jeddah, Saudi Arabia this Saturday night. The WBA (super), IBF, WBO and IBO heavyweight belts as well as The Ring title are all on offer as Anthony Joshua looks to right the wrongs from his previous meeting with the undefeated, Oleksandr Usyk.

The previous bout took place from the Tottenham Hotspur Stadium back in September 2021 where the Ukrainian, Usyk dominated Joshua. The bout was scored 115-113, 116-112 and 117-112 all in favour of the former undisputed cruiserweight king. Since then, Usyk has had his own issues, having to handle the Russian invasion of his home country, however, in June Usyk confirmed the rematch would go ahead. Joshua has changed trainers, siding with Robert Garcia instead of Robert McCracken.

We look at five questions that have to be answered ahead of the upcoming rematch.

5 Questions Ahead of Joshua vs. Usyk 2

1 – How big an impact will Robert Garcia have on Joshua’s game?

To change trainers is huge for any fighter, especially for one who has beaten everyone he’s faced (apart from Usyk) and knocked out 22 of 24 opponents, holding a knockout rate of 92%. Last time out, he tried to out-box Usyk, who is regarded as one of the best technical boxers in the heavyweight division. This was clearly the wrong choice, which is arguably why Joshua decided to go with Garcia after training with Virgil Hunter, Eddy Reynoso, Ronnie Shields and Garcia.

Joshua’s new coach is known to teach his fighters a pressure style alongside roughhouse tactics. Joshua’s weight (he weighed 20lbs more than Usyk last time out), height and reach are all larger than Usyk’s and therefore he should look to utilise all of these attributes.

Will Garcia’s style mould well with Joshua’s and if so, will they be able to pull off the victory in their first outing together?

2 – Will Usyk be fully focused?

As we previously stated, the rematch between Usyk and Joshua was in doubt following the Russian invasion of Usyk’s home country of Ukraine. Usyk confirmed in an interview with CNN that he had returned home to take up arms and defend his country. It was only confirmed in June that the rematch would be going ahead, but there is no doubt that his mind hasn’t been fully focused on the rematch since September, unlike Joshua’s.

Will outside factors mean that Usyk won’t be fully focused on his rematch with Joshua? It’s a huge risk if his mind is elsewhere but fully understandable.

3 – How will Joshua’s stamina hold up?

Joshua’s stamina has always been a slight issue, however, his knockout power has usually been enough for him to not have to go 12 rounds. AJ has gone the 12-round distance three times, twice winning and once last time out in his loss to Usyk.

He seemed to struggle with his cardio against Wladimir Klitschko, going all out at points in the fight in order to try and finish things. When the finish didn’t come, he took a number of rounds off in order to recover. Usyk put in on Joshua in the final round of their first bout, coming very close to finishing him towards the end of the bout. He landed 23/36 power punches in the twelfth and had Joshua up against the ropes when the final bell rang, with Joshua seemingly out on his feet and begging for the final bell. He even addressed his stamina post-fight.

Joshua’s stamina depends largely on how heavy he chooses to weigh in on Friday night. We know with heavyweights, they can we in at whatever weight they want. Will Joshua come in light and look to be elusive in there, use his footwork and movement and look to outbox Usyk again? Or will he play to his natural advantages, come in heavy and look to blast Usyk out of there, use his superior size and look to fatigue Usyk? The former would suggest that he’s worked on his stamina and could go 36 hard minutes. If he chooses to come in heavy, we could see his stamina take a hit in favour of power.

4 – What adjustments will Usyk have made for Garcia’s style?

In all honesty, Usyk will have been surprised by how Joshua boxed in their first fight. Everyone (apart from team Joshua) could see that Usyk was the better boxer and Joshua would have benefitted from using his superior size and famous power to try and knock out the former cruiserweight kingpin. Instead, as we know, he tried to outbox the boxer.

Usyk would likely have predicted that Joshua would have tried to come in and finish him in the first fight and with Garcia in Joshua’s corner for the rematch, we can expect him to do just that. Joshua won’t have sided with Garcia if he didn’t want to fight on the front foot and therefore, we and most importantly, Usyk will know this.

Usyk will still likely look to be elusive with his footwork and mix things up between the ranges. What we could potentially see is Usyk meeting fire with fire, sitting down on his punches more and looking to get Joshua out of there. He was close in the twelfth round the first time that they met and he could look to pick up where he left off.

Oleksandr Usyk: "Perhaps if there were another 30 seconds or minute in the 12th round, Anthony Joshua would have been knocked down. But I don't think about it anymore because it's just guessing. It happened as it happened. I boxed 12 rounds and I won." [@ParimatchUK]

There’s no doubt that Usyk is the superior boxer and Joshua holds a big power advantage over the former cruiserweight. For Joshua, he has to come into the rematch and make huge changes, something that we haven’t seen him do throughout his career. There’s no doubt, however, that he’s become a far better boxer than he was in the early days. He got by by utilising his brutal knockout power, finishing his first 20 fights via KO/TKO. He’s learned to fight much more behind the jab and leant on his power later on in the fight when necessary.

With that being said, more often than not, a good boxer beats a good power puncher. Usyk is elusive enough and good enough to be able to stay away from the power of AJ for all 12 rounds if necessary, however, with the way that the first fight ended, expect Usyk to start on the front foot, meet fire with fire and hope to finish Joshua to not only make a statement but also to bring the belts back to his beloved Ukraine.