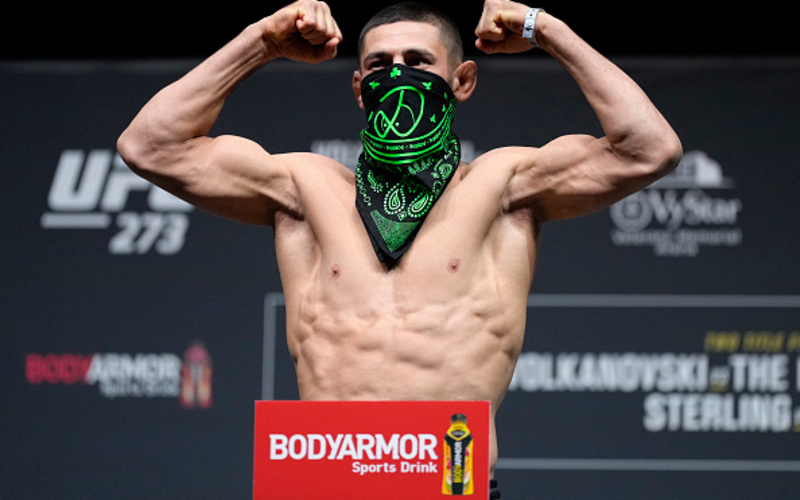 Khamzat Chimaev and Darren Till visited Warsaw during their travel and trained at the WCA (Warsaw Center of Athletics) gym. This raised heavy critique from the Polish MMA community due to ‘Borz’s’ relation with Chechen leader Ramzan Kadyrov.

The photos of the duo training at a renowned gym, which also serves as a training place for various top Polish MMA fighters like Jan Błachowicz, were published on social media. Till himself posted a photo of them sitting outside taking a breather.

The outburst was caused by the fact that Chimaev is a close associate of Ramzan Kadyrov, who supports Russia’s invasion of Poland’s neighbouring country of Ukraine. Since the beginning of Russia’s aggression, Poland banned import and export relations with Moscow and Russian media outlets as well as revoked travel visa’s for Russian citizens. The Polish society has been helping the Ukrainian by taking in refugees, fundraisers, and donating medicine and equipment for the Ukrainian army.

So it comes as no surprise that WCA found itself under heavy fire of criticism for allowing Chimaev to use their facility. One of the most prominent MMA coaches in Poland, Lukasz Zaborowski had this to say about the entire situation:

“Now everyone will pretend not to know about Khamzat’s connections with Kadyrov? Maybe he should call his friend on video and say something new about our country and what he would like to do with it …”

He went on to say:

“At the moment I haven’t seen any of the Coaches or Players but some freak. Rather, the coaches have something to “talk” about on average, because it may be that the owner rented rooms for some recordings or just for training. “

The aforementioned freak is one of the most popular freak fighters in the country, Amadeusz Ferrari.

It later turned out that Chimaev found himself in the WCA by accident. Allegedly, during the trip with Darren Till, they decided to train for a short time in the gym. Łukasz Zaborowski also referred to it:

“As I thought, he was there by accident” on the way “because I just got this info. But he still doesn’t understand the people who were into him. In this situation, it is impossible to say “I am not interested in what my colleague does.”

Chimaev or Till are yet to comment on the matter.