Blake Bilder: Fighting for the 19% 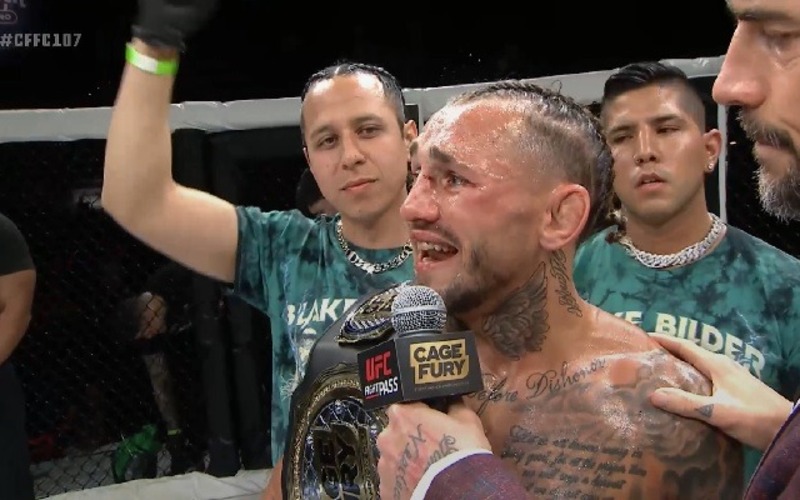 ATLANTIC CITY, NJ- In the waning seconds of the very first round in his title defense bout at CFFC 107, it was painfully obvious things were not going according to the game plan for Blake Bilder. Then again, very little had been going according to plan inside or outside of the cage for Bilder as of late.

Mere weeks before his first title defense, tragedy had just rocked the entire Bilder family. Amid the devastation, shock, and grief, Bilder contemplated hanging up the gloves and walking away from the sport permanently to pursue a different course in life.

Ultimately, however, it became apparent to Bilder and his inner circle that the only way out was through. The future would sort itself out. On April 15, 2022, he wasn’t going to be fighting for himself anymore.  The next time he was going to set foot in the cage it was going to be in honor of the estimated 40 million adults or roughly 19% of the U.S. population that struggles with anxiety and depression.

Following the opening bell, the defending champion was off to a quick start. He immediately took center control of the ring and peppered the challenger Regivaldo Carvalho, with a variety of strikes that forced him to retreat to the outskirts of the cage.  Bilder responded by cutting off the cage and forcing his opponent to engage in the pocket, with Bilder finding the range and getting the better of the exchanges blood was in the water and it seemed that Bilder was on the precipice of securing an early knockout. But fate, as they say, can be a cruel mistress.

Roughly two minutes into the fight, the Brazilian would land a crushing jab that landed flush on Bilder’s jaw causing him to stagger back and eventually crash down to the canvas. In a daze, Bilder hastily returned to his feet and is met with a wild flurry of strikes that sends him back to the canvas immediately. Carvalho sensing a finish of his own immediately closes in on Bilder intent to pounce on him and end this fight via ground and pound, yet somehow Bilder manages to shoot for a fight saving double-leg takedown buying critical time to clear the cobwebs and get his bearings.

After a brief grappling and clinch exchange, the fight resumes on its feet with about one minute left in the first round with Carvalho loading up and once again swinging wildly at Bilder with everything that he had in the gas tank. For the third time in the round, Carvalho would hit paydirt for the third time as he connected with a vicious right uppercut to the body that causes Bilder to once again stagger and crash to the canvas just before the first round ends.

Down a round, Bilder could ill-afford a sluggish start in the second frame. Sensing he needed to make a statement and course correct in the absolute worst way, Bilder immediately takes center control of the cage and walks his opponent down to the fence where he throws an overhand right that partially connects and follows it up with a left hook from hell that crumples Carvalho onto the ground.

Somehow Carvalho does just enough to force a scramble and force a grappling exchange which leads Bilder to assume a back mount position that lasts most of the remaining round. Going into the third frame, with each man playing the role of the hammer and nail, it was anyone’s fight, but early on it was it was apparent that Bilder was the noticeably fresher fighter.  He once again takes center control of the cage and forces Carvalho into fighting his fight on his terms.

With roughly three minutes remaining in the fight and with Bilder’s confidence growing, he shifts into a higher gear and throws repeated combinations at Carvalho forcing him back against the fence and requiring him to use the remnants of his energy to cover up and try to stave off as much damage as possible to stay in the fight. With 2:15 remaining, Bilder lands a hard right that would crumple an exhausted Carvalho onto the canvass; and see Bilder land unanswered ground and pound blows which force referee Gasper Oliver to step in and wave off the bout.

The waves of pent-up emotion can’t be held in check any longer. Straddling the cage an emotional Bilder with tears in his eyes screams at the top of his lungs, “I did this for you Brayden! I did this for you!” With the cameras zoomed on him he would go on to say, “If you are going through depression, if you are having anxiety or suicidal thoughts-there is always a f*cking way out.” I’m fighting for you! My little brother took his own life a month ago! In the post-fight interview with C.M. Punk, Bilder mentioned his own personal struggles with depression and anxiety and his desire to be an advocate for others with mental health issues.

In an interview with All Access MMA, Bilder described that shortly after the successful title defense he had just finished writing out his new goals and when he wanted to accomplish them by when he suddenly coincidently received the call from the UFC with an invitation to compete on Dana White’s Contender Series against Alex Morgan.

When asked to assess his opponent Bilder stated, “He’s from a good gym but that doesn’t matter. My main sparring partner was Marlon “Chito” Vera. I’ve beat high-level guys…I beat Brandon Jenkins in a kickboxing title fight.”  While Bilder would go on to praise his opponent’s fighting skills, he is confident his ju-jitsu and striking abilities will be his biggest advantages over Morgan come fight night.

Can Bilder keep his undefeated streak alive? Does he have what it takes to come out on top over Tristar Gym’s Alex “The Chess Master” Morgan? Will he be able to impress Dana White enough to earn a spot on the UFC roster? Tune in on to ESPN+ on Tuesday, August 30th at 8PM EST and find out.

Thinking of suicide? There is help available!

USA: The 988 Suicide and Crisis Lifeline

Tyler Little has been covering MMA since 2021. In addition to writing for MMA Sucka, he is the creator and founder of the Mom's Basement MMA podcast. He lives in the Washington D.C. area with his wife and children and his black lab Molly. Follow him on Instagram @moms_basementmma 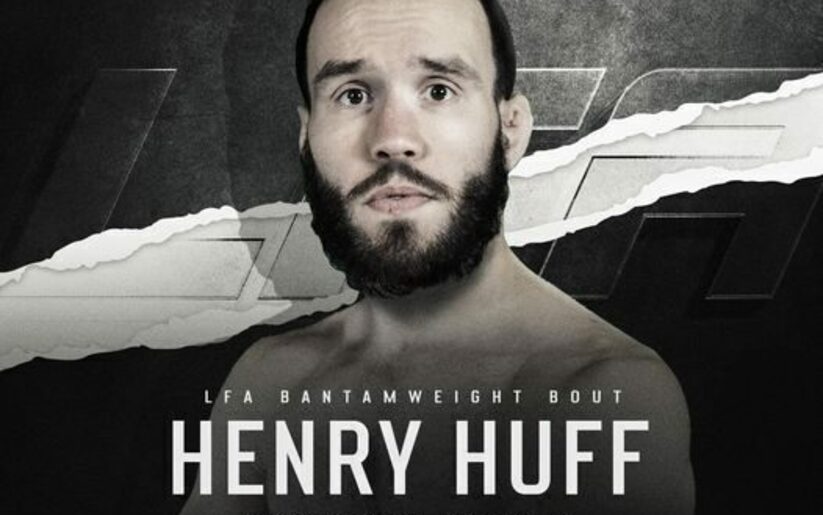 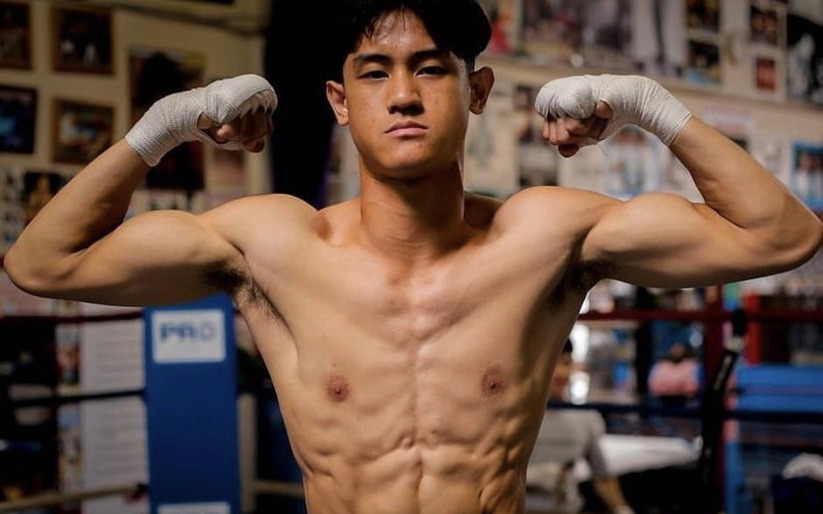 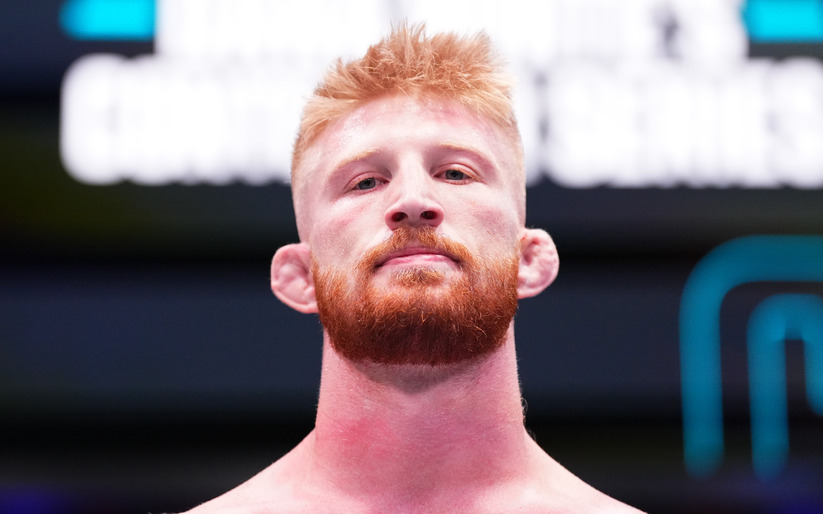