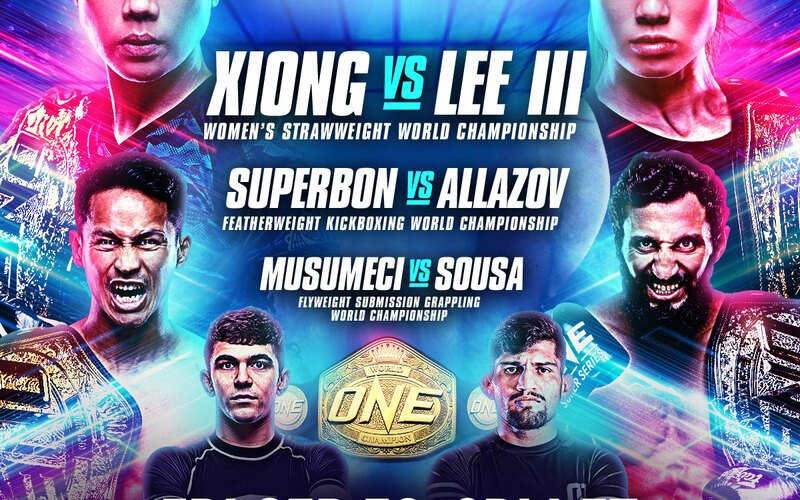 The ONE on Prime Video 2: Xiong vs. Lee III card is now complete. ONE Championship announced the remaining four bouts, all to be contested on the lead card, that will help bolster the action heading into the main slate.

In the featured lead card contest, #2-ranked featherweight kickboxing contender Marat Grigorian will meet #5-ranked Tayfun Ozcan in a high-stakes battle. With the title match later in the evening, the winner could put themselves in a prime position to be seen as the next challenger for the gold.

In the lone mixed martial arts bout on the lead card, #2-ranked featherweight contender Kim Jae Woong will put his ranking on the line against the debuting Shamil Gasanov. The Russian comes to ONE with a perfect 12-0 record, and a victory over Kim would shove him right into the hunt of the division.

Anissa Meksen will return with four-ounce gloves as the pound-for-pound queen goes into Muay Thai battle for the second time on the global stage. The French-Algerian striker will welcome Daokongfah Banchamek to the Circle. However, the Thai star should not be taken lightly by anyone as Daokongfah comes to ONE holding a prior win over current ONE Atomweight Muay Thai World Champion Allycia Hellen Rodrigues in 2020.

Opening the night’s action will be a heavyweight kickboxing war between two athletes hoping to get back in the win column with a bang. Rade Opacic and Giannis Stoforidis will lace up the gloves and go toe-to-toe to set the tone for the event.

The loaded lead card will start at 8 p.m. ET/5 p.m. PT on Friday, September 30, and make way for the three World Title contests headlining the action later that night at ONE on Prime Video 3: Xiong vs. Lee III.

ONE on Prime Video 2: Xiong vs. Lee III Main Card

ONE on Prime Video 2: Xiong vs. Lee III Lead Card