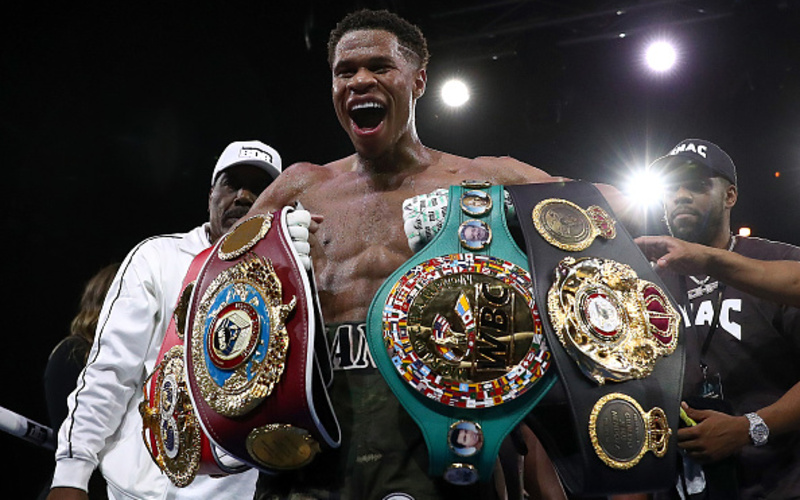 Devin Haney once again left no question as to who reigns supreme in the lightweight division.

Though it wasn’t the big fight Haney or his fans had hoped for due to it being the rematch mandatory clause in the initial contract signing, Haney put the IBF, WBA (Super), WBC and WBO titles on the line against familiar foe, George Kambosos Jr.

Their first meeting was in the Rod Liver Arena in Melbourne, Australia and it was once again the battleground in the rematch this past Saturday.

Devin ‘The Dream’ Haney outclassed Kambosos from beginning to end. Adjusting throughout mid-rounds as he cruised his way to a unanimous decision victory, 119-109, 118-110, and 118-110.

Kambosos began the fight trying to make it awkward for Haney, switching stances, however, after the second round Haney started to figure out Kambosos’ strategy and began to time him, from there the next 10 rounds were just a reminder of how Haney won the last fight.

Haney’s strategy was simple, stand in the middle, utilize the jab, land multiple power punches one after another and then move around and avoid the counters of the former champion.

The Australian lost rhythm and looked out of place and was unable to land anything of significance, despite trying to make his own adjustments, Kambosos Jr was neutralized for much of the fight and lost a second consecutive fight to Haney, all but eliminating him from the title picture for the foreseeable future.

From here, Haney opens up a plethora of options he can pursue. He can remain at 135, and look to get big fights against Gervonta Davis, Ryan Garcia or Vasiliy Lomachenko, or opt to move up to 140 where he has options such as Teofimo Lopez, Jose Pedraza, Jose Luis Ramirez and potential Josh Taylor should he remain in the division.