Shinya Aoki ‘Fighting Against Myself’ Against Izagakhmaev 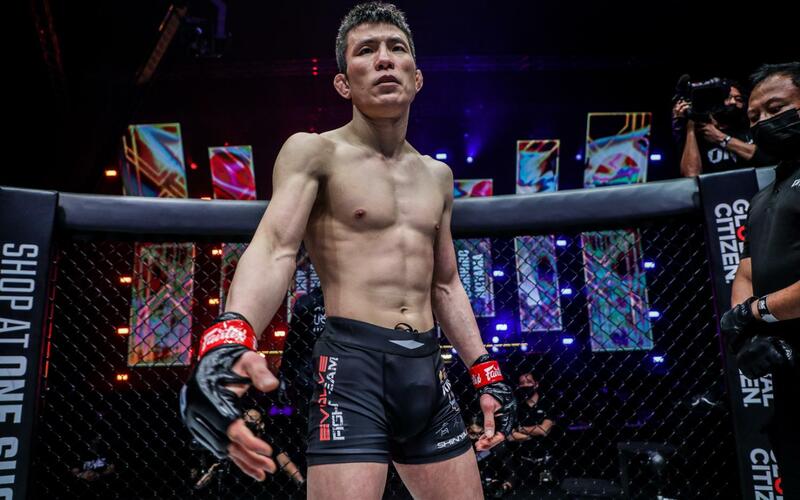 Saygid Izagakhmaev has looked outstanding since arriving in ONE Championship with two dominant performances. At ONE 163: Akimoto vs. Petchtanong, the #4-ranked lightweight contender will get a chance to add the biggest name to his resume yet when he meets Shinya Aoki. The Russian has promised to send the Japanese legend off into retirement with his third consecutive win in ONE.

Unsurprisingly, Aoki refuted his claim. The #5-ranked contender does not plan on being his stepping stone toward the title. At the ONE 163 press conference, the longtime submission ace responded and noted the difficult matchup that awaits him on November 19.

“I know I’m facing a tough opponent. But I know this is something I have to do. That is my position right now. I will do my best. He [Izagakhmaev] will send me to retirement? It’s not your business, actually,” said Aoki.

The matchup of grapplers is one that excites ONE Chairman and CEO Chatri Sityodtong. The promotion’s leader was also on hand at the press conference and hyped up the bout by breaking down the clash of styles. It will be Izagakhmaev’s smothering wrestling against Aoki’s ruthless jiu-jitsu.

“Why we did this matchup and why we think this is so interesting – Saygid with Khabib’s style, you know, the whole Eagle’s MMA style is one of takedown and control to ground and pound. Shinya’s style is submissions. So he takes down and finishes via submission, and this is what makes [this] interesting. I believe whoever gets top position first will likely win the fight,” said Sityodtong.

Izagakhmaev holds a professional record of 21-2 and has won eight of his last nine showings. The bout against Aoki is unquestionably his biggest test to date. Although the Japanese star had harsh remarks about his assertions of retiring him, Aoki was complimentary of his skills inside the Circle.

As the Russian attempts to put himself into a position to challenge Christian Lee for the ONE Lightweight World Championship, Aoki is putting himself in his own crosshairs. For him, the bout is to showcase his skills, not for gold or glory. He hopes to continue to show those skills with his 31st career submission.

“Saygid is a strong fighter. I believe outside of Christian Lee, Saygid is the most dangerous opponent in this lightweight division right now. But for me, it is more like fighting against myself. Fighting is to see how strong you are. That’s how I’ve been fighting for this long in my career. And I believe I can express my strength through this match as well,” said Aoki.

ONE 163 airs live on watch.onefc.com at 5:30 a.m. EST/2:30 a.m. PST on Saturday, November 19, from the Singapore Indoor Stadium. Tickets for the event are on sale now at Ticketmaster.