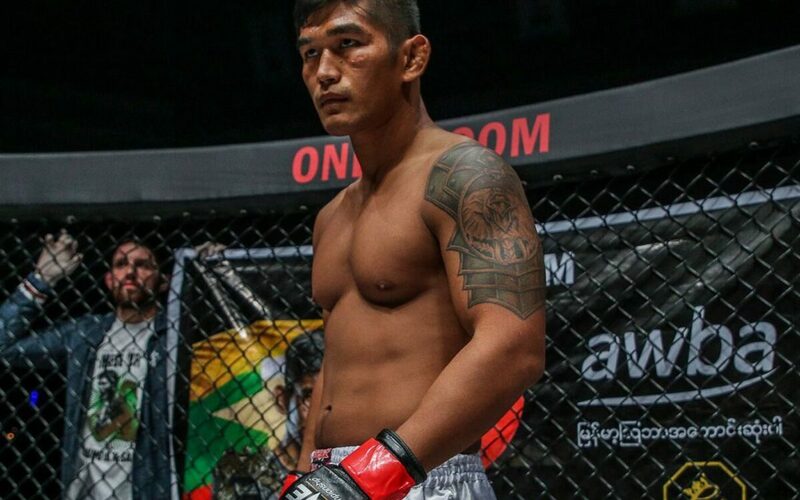 Aung La N Sang has long held Yushin Okami in high esteem. He was a source of inspiration for “The Burmese Python” getting into mixed martial arts, and in recent months the Myanmar star has called for the matchup. He will no longer have to wait. Aung La N Sang will meet Okami at ONE 163: Akimoto vs. Petchtanong on Saturday, November 19.

In an interview with ONE Championship, the former two-division champion said he feels as if he has a mission with the bout inked. With an opponent lined up, he focuses on improving his weaknesses at Kill Cliff Fight Club. Weaknesses that he knows Okami can exploit, which is one reason the matchup has enticed him.

“Stylistically, I think he’s problematic for me. He’s longer and he has more range as a grappler, and that’s the kind of fight that I have problems with. And so this is stylistically, for him, a good matchup, and for me, I feel like it’s a good matchup too. I’ve been working on my weaknesses, and I think this fight is going to be a great fight for me to rebound and be on the right path in my attempt to get my [middleweight] title back,” said Aung La N Sang.

“The Burmese Python” wants to get back on track to reclaim the ONE Middleweight World Championship. However, his chief goal embodies the martial arts spirit of personal growth. Aung La N Sang wants to show the world he is still getting better with each performance as he becomes a complete mixed martial artist.

At ONE 163, the 37-year-old wants to prove he has improved on his grappling against one of the best Japanese athletes to ever compete in the sport. If Aung La N Sang can shut down Okami’s grappling and hammer another knockout finish, he will jump right back into the mix in the middleweight division. That is his motivation. “The Burmese Python” has the burning desire to show the world his improvements and take another step closer to his redemption.

ONE 163: Akimoto vs. Petchtanong airs live and free on watch.onefc.com on Friday, November 19, at 5 a.m. ET/2 a.m. PT. Tickets for the event are on sale now at Ticketmaster.