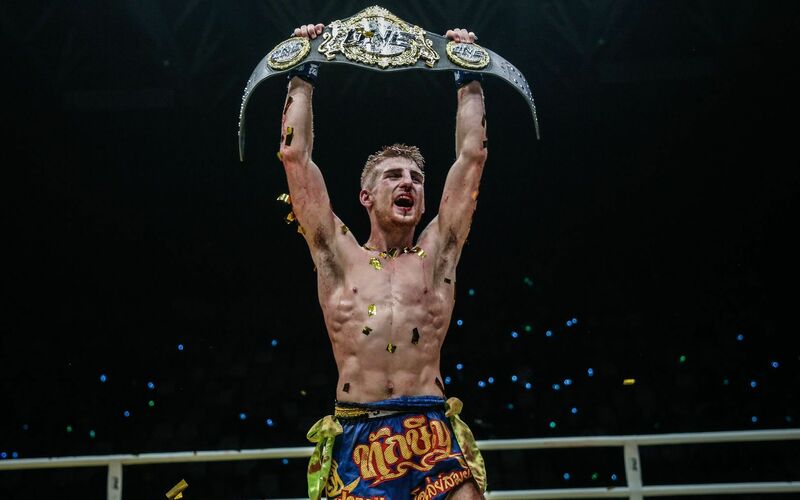 Jonathan Haggerty is returning to the ONE Championship stage at ONE on Prime Video 4: Abbasov vs. Lee. But “The General” is stepping up to the bantamweight division to take on a new set of challenges. First on the list will be Vladimir Kuzmin, a talented Russian striker who will put the Brit to the test.

Haggerty, a former champion in the flyweight division, has been preparing for his move to bantamweight. As the 25-year-old’s body matures, he recognized the challenges of staying in peak shape while trying to make the flyweight limit. With restrictions removed, he is feeling strong and healthy ahead of his return to the Circle in front of a primetime U.S. audience on Prime Video.

“So training camp has been the same, really, but obviously, I’ve been adding some more strength and conditioning. And the main thing is I’ve been eating more. You know, I’ve been eating steak at night. I can’t believe I’m eating steak at eight o’clock at night. Normally, it would just be like fish, but I haven’t touched one bit of fish! Normally that was my go-to for 61kg, like loads of fish, you know. And now it’s just chicken noodle. I’m excited,” said “The General.”

Haggerty does not want the bantamweight division to think he will be the weaker side in any contest. He made it a point to let everyone know he is adding more strength and conditioning to his regimen that will make him their equal. ONE on Prime Video 4 will be his first shot at affirming those beliefs and sending a statement to the division’s elite.

“I’m excited. I’m intrigued. You know, I want to come on and call out so many people, but I’m just going to stay humble, and I’m going to take it step-by-step. But yeah, I’m expecting these guys to think that they can outmuscle me, you know. They need to remember I’m coming up a division, but I’m not just going be a flyweight in there with them. I’m going to be putting on mass. I’m going to be gaining strength. I’m going to be exactly the same as these guys,” said Haggerty.

Even though the Team Underground representative is trying to remain in the moment, he is finding it difficult not to envision a rise to the top of the division. ONE Bantamweight Muay Thai World Champion and certified legend Nong-O Gaiyanghadao is already capturing his attention. If Haggerty can get past Kuzmin, he will take a big step forward to making himself a major contender for the gold, but in a stacked division of Muay Thai monsters, he will still need to prove himself against the upper echelon.

ONE on Prime Video 4: Abbasov vs. Lee airs live and free for all Canadian and U.S. Amazon Prime subscribers on Friday, November 18, at 8 p.m. ET/5 a.m. PT. Tickets for the event are on sale now at Ticketmaster.